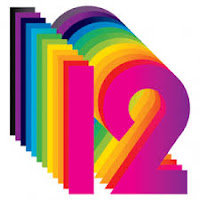 This post’s special guest is broadcaster Lynette Fay. Lynette is from County Tyrone, a graduate of the National University of Ireland, Galway, and sits on the Governing Authority of Dublin City University. The natural warmth and personality of her voice can be heard on BBC Radio Ulster where she presents Folk Club on Sundays and The Lynette Fay Show on Saturday nights. She co-presents the TV show Opry with Daniel O’Donnell on TG4.

Links to some of Lynette’s work:

What is your favourite word? In Irish - siosmaideach (level-headed) In English - delicious

What is your least favourite word? Actually

What turns you on creatively, spiritually or emotionally?  Passion

What turns you off?  Negativity

What is your favourite song? I Can See Clearly Now by Johnny Nash

What is your favourite film? The Butcher Boy

What is your favourite curse word? Balls

What sound or noise do you love? Laughter

What sound or noise do you hate? Noisy eaters

What profession other than your own would you like to attempt? Psychologist.

What profession would you not like to do? Teacher ( It's a calling and a gift that I don't have)

If Heaven exists, what would you like to hear God say when you arrive at the Pearly Gates?  "Hurry up, there's a serious party going on in there."

Lynette Fay, thank you for your dozen answers to a dozen questions.