Let me know what you want, word count, deadline and fee and I will get to work.

Here are some ideas and, if I can help, I look forward to hearing from you. If anything else comes up, I'll add to the list.

SELECTED PUBLISHED FEATURES (SAMPLES AVAILABLE ON REQUEST)
Most of my published pieces have appeared as two-page features in the Belfast Telegraph.

On the death of my brother;
On a 1928/29 Belfast tourism guide;
On my mother;
On the Royal Ulster Constabulary (RUC);
On homelessness and begging;
On my education;
On my runaway father;
On family history;
On the closure of retailer BHS;
On my father;
On actor James Ellis’s short stories;
On the golden age of television;
On singer/songwriter David McWilliams;
On leaving Belfast in 1976
On the actor Sam Kydd
On the singer/songwriter David McWilliams
On the film star Stephen Boyd
On collecting autographs
On the history of the Ulster Hall
On junk mail

I can write seriously or with humour on shops, shoppers and shopping; nostalgia; old Hollywood and television; personal experiences, general lifestyle, and about my hometown, Belfast. I write reviews of non-fiction books.
- September 25, 2018 No comments:

I am doing a little experiment to see how much walking I do as I go about my daily business. I think 10,000 steps per day is recommended, so on the basis of that, I have to up my game somewhat. For the record, here are the numbers for this month so far.

Statistics taken directly from pedometer - anything over 7,000 in Red

Statistics taken directly from pedometer - anything over 7,000 in Red 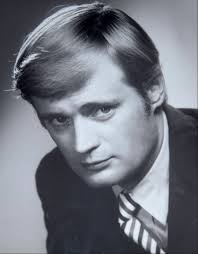 Scottish-born actor David McCallum seems to have been on the big and small screens forever.  His career spans over 60 years and he is still going strong as the popular medical examiner Donald “Ducky” Mallard in the hit US crime series NCIS.  Along the way, he has appeared in The Great Escape, The Man From U.N.C.L.E., Colditz and Sapphire & Steel, amongst many other films and TV shows. This year he celebrates his 85th birthday, a prompt to look back at his amazing career.

David Keith McCallum was born in Glasgow on 19 September 1933.  His parents were Dorothy Dorman, a cellist and David McCallum Sr, a violinist, eventual leader of the Scottish Orchestra and later the London Philharmonic.  The McCallums lived by the Botanic Gardens, close to David’s grandfather’s house in nearby Clouston Street.  In 1936, the family moved to Hampstead as a result of David’s father’s work.  But almost a year into the Second World War, young David was evacuated back to Scotland to stay with his Aunt Margaret.  He lived for a time at Gartocharn, West Dunbartonshire, near Loch Lomond. 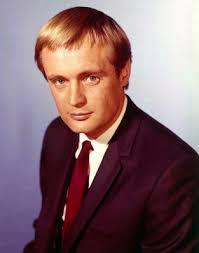 As he grew older, David was encouraged to take up music and became an oboe player, but he did not have any serious ambitions to follow his parents into a professional music career.  However, after significant acting success in the 1960s, David McCallum did record several instrumental albums, as arranger and conductor, including A Part Of Me, A Bit More Of Me and Music – It’s Happening Now.  Some of the material on these albums was collected onto a cash-in album called Open Channel D, referring to the The Man From U.N.C.L.E. radio intro.  His father was a featured player on several tracks.

After a couple of performances on stage as a child, David liked the sound of audience applause and appreciation and began considering acting as an enjoyable way to earn a living.  He studied at the Royal Academy of Dramatic Art and learned about stage management and production as well as acting.  Like many young actors at the time, he served his apprenticeship in repertory companies across the UK, doing bit parts on radio and not earning much money.  But, the handsome McCallum was soon spotted and, in 1957, he joined the Rank Organisation and immediately found himself in minor roles on the big screen.  In those early years, he appeared in Ill Met By Moonlight, Hell Drivers, Robbery Under Arms and A Night To Remember.

Around this time, he met and married Jill Ireland, herself a young actor in the early stages of a film career.  They worked together occasionally but divorced ten years later.  They had three sons.  Ireland later married Charles Bronson but died, sadly, of breast cancer at 54 in 1990.  Not long after the divorce, McCallum married his current wife, Katherine.

In the late 1950s and early 1960s, David McCallum worked in television dramas and feature films, gaining experience and becoming reasonably well known in the process.  He played Private Whittaker in The Long And The Short And The Tall, Steven Wyatt in Billy Budd and, a role fondly remembered by his fans forever, Ashley-Pitt (in charge of dispersal) in The Great Escape.  The latter film, oft-repeated on television, is a prime example of the starry era that David McCallum lived through.  The cast list is extraordinary – Steve McQueen, James Garner, Richard Attenborough, Charles Bronson, James Coburn, Gordon Jackson, John Leyton and so many more great supporting names.  McCallum (as Ashley-Pitt) had a dramatic death scene filmed at Fussen railway station in Ostallgau, Bavaria.  The Germans shot his character as he diverted attention away from some of his fellow escapees.  The Great Escape was an important career film to most of the aforementioned names and a key point in David McCallum’s professional life.

He was cast as Judas Iscariot in The Greatest Story Ever Told during Hollywood’s fixation period with epic movies as all of the studios tried desperately and expensively to find that successful Ben Hur ingredient from some years earlier.   In the Last Supper scene, Max Von Sydow as Christ is powerful but McCallum, sitting with the other eleven Apostles, at the end of the table hesitates when handed the chalice, not speaking but looking intense and remorseful as the betrayer.  If anyone assumes that David McCallum is an actor only in light roles, I urge them to watch this film.

But, it was a jokey, fun, almost cartoonish TV show that launched David McCallum into orbit as a major screen star.  The Man From U.N.C.L.E. ran for 105 episodes from 1964 to 1968.  Robert Vaughn was the handsome American hero Napoleon Solo and McCallum was his heartthrob Russian sidekick Illya Kuryakin.  Both characters worked for the United Network Command For Law Enforcement (U.N.C.L.E.) battling the evil enemy THRUSH (later defined clumsily in books as Technological Hierarchy for the Removal of Undesirables and the Subjugation of Humanity).


The show was a global hit and both Vaughn and McCallum featured prominently in all the showbusiness magazines of the day.  The Man From U.N.C.L.E. run included several feature films that were basically TV episodes stitched together for cinema release.  The two stars enjoyed their moments in those crazy years of fan adoration that almost equalled the squeals and screams of Beatlemania wherever they went.  Some of the ensuing years must have felt like a return to Earth as Robert Vaughn and David McCallum took on a variety of roles and guest starring parts in television and film.

David McCallum returned to a hit TV series when he starred alongside Robert Wagner and Jack Hedley in Colditz in he early 1970s, followed by The Invisible Man and then Kidnapped, playing Alan Breck Stewart.  He appeared alongside Joanna Lumley in the quirky Sapphire & Steel before embarking on more guest starring roles in Hart To Hart, The A-Team, Matlock and Murder, She Wrote. 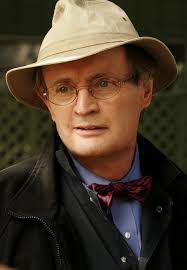 In 2003, he joined the cast of a new US crime show called NCIS (Naval Criminal Investigative Service) alongside Mark Harmon as boss Leroy Jethro Gibbs and a terrific core cast.  He played the Edinburgh-born and educated Donald “Ducky” Mallard, a medical examiner, slightly oddball and eccentric but also sympathetic and sincere.  In over 200 episodes, he became a huge star all over again.  It has been quite a remarkable career in such a fickle industry.
- September 19, 2018 No comments: