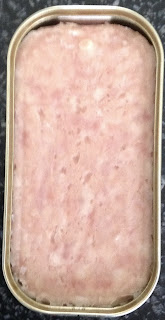 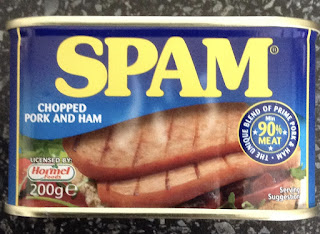 When I was growing up as one of seven children in the late 1950s and through the 1960s, meals seem to fall into a loose pattern. On Sundays we had roast chicken or roast beef or pork fillet. On Mondays we had something called vegetable roll which was actually round slices of meat like beef burgers. Tuesday’s were stew days, Fridays were fish and Saturdays were fry days. My mother was a great magician in the kitchen, almost always cooking from scratch. She was a great baker too. Even when money was tight, as it often was, we always seemed to enjoy great food. And I don’t remember eating much processed food until I became a little more adventurous and started to experiment with exotic concoctions like Vesta beef curry which was basically rice and dust boiled into something that might have been better suited to the bottom of a budgie cage. There was spaghetti and macaroni cheese in tins, and Fray Bentos steak and kidney pies too. In a stroll down memory lane, I tried macaroni cheese not so long ago and, perhaps because of my more mature and discerning palate, it was ghastly with a claggy aftertaste. Over 50 years ago, I thought is was superb!

Aunt Sheila was the start of my quest for ‘foreign’ food. She had the amazing idea to sprinkle curry powder onto stew and, wow, what a revelation that was. Extraordinary and delicious. From the first spoonful in my pre-teens, my taste buds were transported from local Belfast grub to a hankering for international dishes.

Occasionally, in the summer, our salads would invariably include ham, sometimes in slices from the grocer and from time to time from a tin. Ye Olde Oak was a brand. It was a near-oval-shaped tin and, like some canned food, you took your life in your hands to open it without incurring an injury. As I recall it, the ham was perfectly good and tasty, coupled with slices of hard-boiled egg and smothered in Heinz Salad Cream. We had luncheon meat too, cheap and cheerful pink meat to keep all those kids happy.

Spam, which was launched 80 years ago, must have featured at some point in our cuisine. On days when my mother was probably wracking her brain to think of what to cook for her magnificent seven, the odd tin of prepared food must have played a part. I don’t remember ever eating Spam but I suspect I did sometimes. So, on this keynote anniversary, I decided to take another stroll down memory lane. I bought a tin and looked up the history of this famous product. In these days of evangelical chefs, self-appointed nutrition experts and celebrity faddy diets, when we seem to be bombarded with lists of things that are good and bad to eat and drink, Spam and other convenience foods are frowned upon. But it shouldn’t be forgotten that sometimes on restricted budgets families may have little choice but to opt for inexpensive food. Pious, snobbish and puffed-up TV cooks should stop waving their ladles at us from their pulpits.

Spam emerged in 1937 as a simple convenience food brand made by the Hormel Corporation, based in Austin, Minnesota, and it coasted along in its early years. But sales skyrocketed during the Second World War when it was next to impossible to supply troops overseas with fresh food. Tinned supplies proved to be a convenient and efficient way to feed U.S. military units in Europe and elsewhere and Spam became part of a loved and loathed foodstuff on a soldier’s daily menu. Apparently, Hormel kept a file for hate-mail from disgruntled soldiers who had endured the product often for breakfast, lunch and dinner on the same day.

In its 80 years, it is estimated that nearly 10 billion tins of the product have been sold worldwide and there are dozens and dozens of recipe ideas to jazz it up and to keep it relevant and popular today. There’s Spam in its traditional tin and Spam in easy-to-open plastic tubs. There’s Spam with bacon and even Spam Lite. I opted for the 200g tin of the original at £1.75. 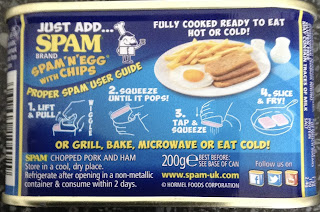 The blurb on the tin tells me its “the unique blend of prime pork & ham, minimum 90% meat”. The ingredients: pork (89%), starch, water, salt, ham (2%), sugar, stabiliser (trisodium diphosphate), flavourings, antioxidant (sodium ascorbate) and preservative (sodium nitrate), and its gluten free but may contain traces of milk. The nutritional information scores fat at 24.3g per 100g. There is a recipe idea on the back for Spam, egg and chips and guidance that I can eat this grilled, baked, microwaved or even cold. This tin, bought in July 2017, has a “best before” date of May 2020. So, if I had a nuclear bunker, I could stock up for the long haul. There is a handy illustration on the top on how to open the tin with a ring pull and a clear big red X warning not to use a tin opener. Although there are a few instructions on how to get the meat out of the tin, I had to resort to a knife for assistance. After a few manoeuvres, out popped a moist pink small brick, referred to in some quarters as “mystery meat”. 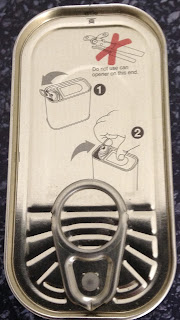 By the by, the origins of the word Spam are wrapped in mystery with some suggestion that it is a condensed version of spice and ham. We can knock that one on the head, I think, as pork is the dominant ingredient, it indicates that a more correct name would have been Spork. I decided on two ways to eat it. First, I sliced off a couple of pieces and got stuck in eating it cold. I don’t know what I was expecting but it is mild, a bit boring and quite salty but not unpleasant. It would probably work better in a sandwich with tomato and pickle or some other creations. Next, I fried three slices until they were just on the cusp of crisp. I noticed quite a bit of fat in the frying pan that I had only lightly oiled. The fried version is definitely better with a flavour not dissimilar to bacon, unsurprisingly. But it was saltier and the taste lingered for a while, annoyingly. On the whole, cold okay, hot better. (Two hours after eating the Spam, I know I’ve eaten Spam. It lingers!) 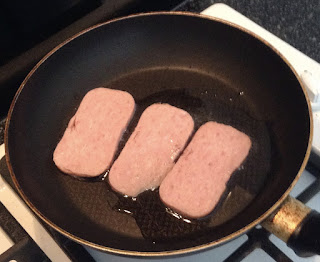 Will I buy it again? The straight answer is no. I can understand its popularity as a convenience food but it’s not my thing. Like my mother, I cook mostly from scratch and steer clear of ready meals in tins or packets. I don’t condemn anyone for their preferences and there are clearly many people who like their tinned meats. There is a fair amount of supermarket shelf space given over to it and that only happens if there is customer demand.

Spam has attracted both praise from its fans and ridicule, the latter exemplified in the classic Monty Python Spam sketch and song, which in turn begat the global hit musical Spamalot. The musical, the brainchild of Eric Idle, is not about Spam at all. It is a bawdy and irreverent spoof on King Arthur and the Spam pun was used simply to highlight its Pythonesque connections. (From the Python café sketch: “Lobster thermidor aux crevettes with a mornay sauce, served in a Provencale manner with shallots and aubergines, garnished with truffle pate, brandy, a fried egg on top and Spam …….spam, spam, spam, spam ……). Weird Al Jankovic’s comedy Spam song suggested that any Spam left over could be used for bathroom grout.

There’s even a Spam Museum (“Please don’t eat the exhibits”) in Austin, Minnesota and an annual Spam Jam festival in the city. Hawaii hosts a Spam festival too every year. Chefs in fine restaurants conjure up all kinds of classy and fancy recipes and fans wander about Waikiki in their I Love Spam tee-shirts and baseball hats enjoying the splendour of their beloved Spam. Some excited attendees even dress up as tins of Spam. As I say, praise and ridicule. As Spam repeats on me, I repeat it is not unpleasant and has a place on my menu of last resorts.

Of course, for this generation, the word has been hijacked to describe unsolicited, unwanted and sometimes illegal email, tons of cyber rubbish that clogs up the internet and frustrates people on a daily basis. Now that really is unpleasant!