There will not be any new postings on this blog for a while.

I have a major 2019/2020 research and writing project to complete, as well as several much smaller sideline jobs to work on, and any tasty newspaper/magazine commission requests that arrive.

In December, look out for some of my writings in Reality and Ireland's Own magazines, and some new online poetry that has been kindly accepted for publication.

Anyone wanting to get in touch - joecushnan@aol.com

Until the next time, happy trails.

ROLE MODELS - WHERE ARE YOU?

I fear for the younger generation and generations to come because politics and political leadership have become grubbier than they have ever been, and lying, cheating and bullshitting leadership is becoming the norm.

The UK is off and running with a General Election and savagery, nastiness and chicanery will be front and centre. Promises and pledges will pour out like sewage from a burst pipe and come the morning after the results that deafening noise we will all hear will be the sound of manifestos being shredded on an industrial scale.

Savage media (formerly known as social media) has killed the very notion of a positive, inspirational role model to lead with vision, integrity and humanity.

The percentage of people who vote should think very carefully where they put their X.

The percentage of people who are eligible to vote but don't bother should be ashamed of themselves.

Nowadays, democracy should be spelled deMOCKracy. And how desperately sad is that?

Positive, inspirational role models, where are you?

I can write a piece on any or all of the following - joecushnan@aol.com

ME AND FAMOUS PEOPLE

I saw Michael Longley at Belfast City Airport,
by the taxis where Tayto advertises;
Seamus Heaney in Kings Cross Station,
studying the big timetable board;
Frank Ormsby in Waterstones, Belfast,
wandering around, browsing away;
Clive James in Selfridges, Oxford Street,
signing copies of Unreliable Memoirs;
Terence Stamp in Hatchards, Piccadilly,
carrying a wicker basket full of books;
Adam Ant in a wine bar, Jermyn Street,
on his way out, flanked by two big guys;
Michael Caine outside Fortnum and Mason,
crossing the road towards the Dunhill shop;
Ralph McTell in the Regal Centre, Worksop,
signing cds, photographs and ticket stubs;
and more and more and many, many more.

And some of them may have seen me.

THERE'S TREASURE IN THEM THERE EAVESDROPS 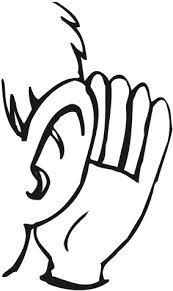 For some years, I have carried a notebook and scribbled anything and everything. Observations, thoughts, ideas, notes-to-self, etc amount to a lot of rubbish but also some golden nuggets.

A casual hobby of sorts is recording snatches of conversations that I have been able to use when writing poems or stories. I must have a couple of hundred eavesdrops in that notebook and recently I decided to write a series of poems under the title An Eavesdropper Walks the Streets. I have a dozen or so in the sequence so far and I am delighted to say that three pieces have been accepted by an editor for a December 2019 issue.

These notes are a godsend if writer's block kicks in. A quick scan through the pages and 'bingo!' - an idea emerges.

So more on this and other stuff in due course.

….. that Rosa Parks summed up a significant moment
in history with these humble words:
“I didn’t get on the bus to get arrested.
I got on the bus to get home.”
Montgomery, Alabama, 1955.
She was not the first to ignore a driver
in this whites-trump-coloureds era
before Elvis’s rock and roll,
when a white boy sang like a black man
and changed the world overnight.
The shockwaves of a woman,
a black woman,
sitting stubbornly in that seat on that bus
took a little longer to shake and rattle the pedestals
of the self-appointed white righteous.
Arrested for “refusing to obey order of bus driver”,
nationality defined as “negro”,
complexion “black”,
build “medium”, mug shot “7053”,
this bespectacled 42-year-old,
five-foot three citizen became an icon of resistance,
a living symbol
underlining the right in civil rights,
later awarded medals and remembered on Rosa Parks Day.
But long before the accolades,
the significant moment. 1955. America.
When everything really was

I have a number of free copies of this play, self-published in a handy paperback, to send, primarily, to drama schools/groups in Northern Ireland for table-reading/acting practice. Schools/groups outside NI will be considered.

I want nothing in return, except feedback.

The play was written as a 45-minute radio drama, but it has not been performed - yet.

It is fiction, based on several facts from my life.

A 60-year-old son tracks down his 89-year-old father to question him on why he left the family home, a wife and seven young children. In the quest to find out about the 'missing years', the son finds it hard to suppress simmering anger and the father clings to hope of reconciliation.

The script is adaptable for the stage and would be useful for student actors to practice their skills.

Apart from a brief introductory scene, this is a two-hander.

In mid-2015, I sent the play to BBC NI radio producer, Heather Larmour, who declined it because a daughter/father drama had already been commissioned. She said:


“Thank you so much for sending ‘Shaking Hands’, it’s a very thoughtful, emotional and intelligent script which I very much enjoyed reading.  I thought your treatment of the relationship between father and son was very interesting and viscerally drawn - you really could feel the anger and frustration and hopes and vulnerabilities of the characters as they negotiated the stages of the meeting.  Although I was secretly hoping for a happy ending, I also very much admired how you left the piece, with no resolution possible given the past, but perhaps some understanding for the characters. Unfortunately however, we have recently had a piece commissioned, which tackles the story of a daughter tackling her father about the secrets of his past, and although the two pieces are of course very different, we just felt that the subject matter was too similar at the moment and that Radio 4 would be unlikely to be looking for another piece in the same territory.”

Harry Chapin: Story of a Life