I have written a lot about Stephen Boyd in the past few years and even I ask myself whether or not there is much more to add to his story. Maybe so, maybe not but on this 40th anniversary of his death at 45 on 2 June 1977, I think there is more than enough reason to fly the flag again as a reminder of his rather impressive success on the big screen. But more importantly than that, I wanted to share a letter I received during my research on his life, a letter from his widow Elizabeth, a reply letter that I had given myself nil odds of ever receiving. But I will get to that later.

For the knowledgeable, I apologise for the repetition, but for those vague on Stephen Boyd or those that have never heard of him, here is a nutshell biography. He was born in Whitehouse in 1931, christened William Millar, raised in Glengormley, did okay at school, enjoyed sport, worked as an office clerk and dabbled in amateur dramatics with various Northern Irish touring groups, as well as several parts in Ulster Group Theatre productions. In the early 1950s, he was earning a bit of money through acting but it wasn’t guaranteed regular income. One such payment, for the part of Archer Boyd in Boyd’s Shop at a Ballymena venue in February 1951, earned him £3.3.0, not a bad fee in those days, but a far cry from the hundreds of thousands of dollars he would earn in Hollywood some years later. 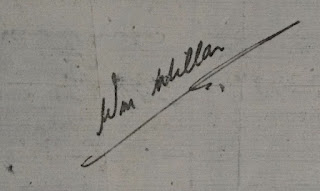 William Millar's signature on the back of the cheque

In the mid-1950s, he moved to England and worked in a couple of repertory companies before hitting the skids. He had a number of part-time jobs, most notably as a doorman at the Odeon cinema in Leicester Square, but he continued to audition for agents and eventually struck lucky with representation and minor parts in films. His dramatic first appearance in the true war film The Man Who Never Was was the moment that changed his professional life. His impact in the role of a devious Irish spy working for the Germans became his ticket to a long, steady and lucrative contract with Twentieth-Century Fox. 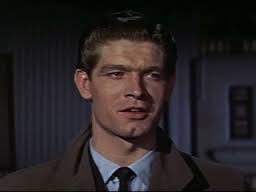 The Man Who Never Was

During the late 1950s, he was loaned out to MGM to co-star as Messala in Ben-Hur. His 20-year film career was off and running. He starred in The Fall of the Roman Empire, Genghis Khan, Fantastic Voyage and many more. During the early 1960s, he was as big a movie star as anyone, getting his fair share of publicity on magazine covers and in gossip columns regarding his romantic relationships. Throughout his career he worked alongside stars like Tyrone Power, Susan Hayward, Gregory Peck, Brigitte Bardot, Charlton Heston, Sophia Loren, James Mason, Joan Collins, Gina Lollobrigida, Omar Sharif, Doris Day, Sean Connery and Raquel Welch – pretty impressive, eh? 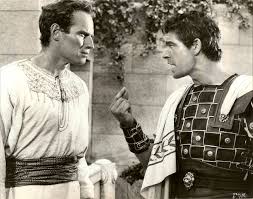 The first ten years of his film career were his best. After throwing off the shackles of a contract around 1967, he relied on his independence to choose future projects and, sadly, most of his choices were average to dire, with a couple of decent exceptions. His fame and popularity declined rapidly. The westerns Shalako and The Man Called Noon, the London gangster flick The Squeeze and signing up for a potentially restorative role as the Sergeant-Major in the action film The Wild Geese (Boyd died before filming began) underlined that, in cinematic terms, he was down but definitely not out.

I started researching Stephen Boyd’s life and work in the 1980s. I wrote lists of his co-stars, producers, directors, screenwriters and anyone else I could find and sent letters to as many people as I could. These were pre-Internet and pre-Google days, so clattering away on a typewriter, licking envelopes and stamps was part of the grind. I received some very nice, helpful replies. 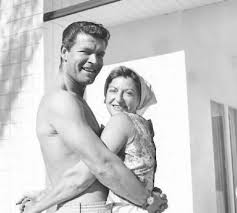 Stephen Boyd and his wife Elizabeth

I cannot remember how I found Boyd’s last known address in California but somehow I did and, seven years after his death, I wrote to his wife Elizabeth to let her know that I was planning to write a book about her husband. Stephen Boyd and Elizabeth Mills had known each other in 1950s London. Elizabeth was an Arts Council secretary and over time she moved to America and became Boyd’s assistant. After a long companionship, a couple of years before Boyd’s death, they married.

There were indications in my research that Boyd shunned the Hollywood party circuit as much as he could. In a 2011 BBC NI TV documentary, Stephen Boyd: The Man Who Never Was, produced by Belfast-based Clean Slate TV and to which I contributed, Boyd’s friend, Jay Essa recalled that whenever Stephen, his wife and friends went to a restaurant, he would always select a chair facing a wall to avoid being recognised. Boyd didn’t care much for fame and adulation. He liked a quiet life away from work. He preferred staying at home as much as possible. The privacy he and his wife craved was underlined in a letter to me from Elizabeth Boyd in 1984. I was surprised and very grateful to receive it because I reckoned she would wish to refrain from any comment. And here it is.......

“I do not feel any reason why you should not continue with your research for a proposed biography of my most beloved and talented husband Stephen Boyd.  I would, however, ask for your assurance that it will be done truthfully, in good taste and with the dignity he deserved.  I do not go along with the too often “dirty laundry sensationalism” literature that the bookshelves seem to be filled with these days.
We were two very private people, devoted to each other and lived our lives very quietly away from the Hollywood scene.  I am still devastated and unreconciled that he was taken so suddenly, and it is very difficult not to keep asking “Why?”  He was so very special, and had so much talent left to give this troubled world.”

Stephen Boyd died following a heart attack while playing golf at the Porter Valley Country Club in Northridge, California. He was 45. He is buried at Oakwood Memorial Park Cemetery in Chatsworth, California. His wife outlived him for another thirty years and they are now buried together, the devoted couple resting in peace.
On this 40th anniversary of his death, we should remember him for his achievements and, in a crazy industry, for being, as producer Euan Lloyd called him, “one of the nicest, kindest people I have met in my lifetime, rare in this profession.”