BOOK REVIEW - A FORCE LIKE NO OTHER BY COLIN BREEN 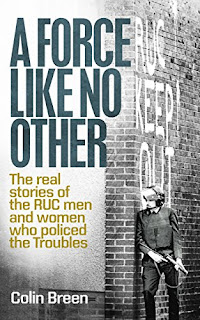 Colin Breen writes: “A Force Like No Other is the frank and remarkable story of our everyday lives, of what it was like to be a cop: never hanging police shirts on the washing line; lying to children and friends about the job; checking over your shoulder and looking under your car for bombs; always on the alert for things out of place. At times it stretched us to breaking point.”

In the 1960s/70s, growing up as I did in an area of Belfast labelled as Catholic, Nationalist, Republican, or all three, even someone apolitical would have been hard-pushed not to be very wary of the Royal Ulster Constabulary (RUC) or even harbour extreme hatred for them, their uniforms and their history of perceived or actual bias in favour of Protestant, Loyalist and Unionist agendas. The RUC was a hero organisation to some and a villainous one to others, not an unusual state of affairs in a land of multiple conflicts. Various official reports over the years have exposed and emphasised many negative aspects of the RUC and what a controversial and skewed force it was before being reorganised and rebranded as the Police Service of Northern Ireland (PSNI) in 2001.

Whatever the broader, general analysis of RUC history tells us, to my knowledge, little has been heard from individuals describing what it was like to go to work as a police officers during the Troubles, the pressures on them and their families and how they coped with atrocities and the constant threat of assassination. This book collects the personal stories of RUC personnel in their own words and brings to the fore the human side as never before. Sure there were bad apples but there were also many more genuine law-abiding people out there doing a job of work, trying to earn a crust, trying to do the right things.

“In 1983, Interpol named Northern Ireland as the most dangerous place in the world to be a police officer. The figures bear that out: between 1969 and 2001, 302 RUC officers were murdered, and over 10,000 were injured, 300 of them left disabled or seriously injured. Almost 70 officers committed suicide.”

The stories, pretty much written as told to the author, are compelling. I was bracing myself for a rather turgid history of a police force. But this is far from it. There are grim details of brutal crimes and descriptions of emotional responses to horrendous incidents. There are recollections of policing terrorism and dealing with hard-nosed thugs as well as more mundane and, for want of a better word, normal crimes like burglary, and accounts of procedural obstacles, judicial inconsistencies and political interference. But Northern Ireland being Northern Ireland, lighter moments shine out of the darkness. There is much humour in the memories including a story about Elvis Presley and another about an officer fancy-dressed as a nun.

But the overwhelming feelings I had when I finished the book were ones of admiration and respect for police officers doing a lottery of a job, never knowing what each day or what hour of each day would throw at them – snipers, booby traps and all manner of mayhem and madness, and whether their families would see them return home unscathed.  Even years after retirement, many officers still suffer nightmares and stress-related conditions.

Colin Breen, a former officer, has done a remarkable job here in gathering stories that reflect the human side of the RUC. It is an honest book, sometimes chilling, sometimes emotional, sometimes funny and it deserves its place in Northern Ireland’s history, offering perspectives that we don’t often hear above the noise of the egos in the upper echelons of authority. 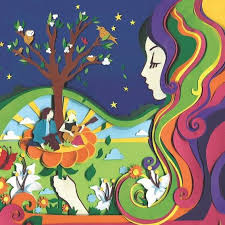 Bury Me Deep
by Mandy Bingham

All songs written by Mandy Bingham,
except The Days of Pearly Spencer written by David McWilliams

“Every once in a while, you hear a song, music, a voice, a lyric that forces you to stop what you are doing and just listen. So much popular music is throwaway, ho-hum stuff that is just noise at the end of the day. But, sometimes, and not often enough, something special emerges and stops you in your tracks. I bring you news of a stunning 6-song collection from Northern Ireland singer-songwriter Mandy Bingham.” 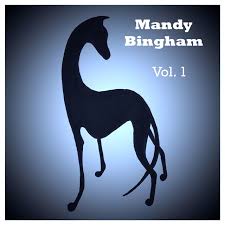 I was referring to the brilliant EP “Mandy Bingham Vol.1”. Now I bring you news of Mandy’s debut album “Bury Me Deep” and if the EP was the taster, prepare to salivate and savour an exceptional album from a writer and performer growing in stature and confidence, showcasing nine new songs and a very special cover.

“Bury Me Deep” is a mood album, a journey into sometimes dark places, reflecting on relationships, on love and loss, exploring sadness, memories and the meaning of this thing we call life – “I hope I did my best”; “I’m epically failing at love”; “Guess we never saw it coming, Baby, here we are at the end”; “I’m holding this grudge close and very tight”; “Life can get a little lonesome when you’re older”; “I’m not crying for the leaving, I’m not crying ‘cause I’ll miss you anytime soon ……. I’m crying ‘cause you didn’t even try”. There is heartbreak, self-appraisal, brutal honesty and thoughts of what might have been. But, strangely, given the temperament of the album, there is a positive edge to the songs and strength in the intention to survive whatever is encountered in love, in relationships and in this often rocky and challenging road between cradle and grave.

I hope I am not being downbeat here in my comments because the album works extremely well and the songs and their content flow into a tapestry of short stories. The production is wonderful, the musical arrangements and accompaniments are beautiful (I’ll single out Graham Bingham here amongst an amazingly talented supporting cast) and Mandy Bingham’s singing is pure delight, heartwarming and ever a joy to this listener. Her original nine songs are testament to a superbly talented artist.

It is not often helpful to draw comparisons but occasionally I was reminded of the sublime Dory Previn and Janis Ian.

The superb nine songs are rounded off by something that I always thought would be impossible – a distinctive and memorable cover version of one of the most distinctive and memorable records ever made, The Days of Pearly Spencer by David McWilliams. Mandy and Co have pulled it off. Many of us know, but there may be some who do not, that Mandy is David McWilliams’s daughter. David McWilliams is a singer-songwriter I revere.  He was/is much more than Pearly. Mandy Bingham is a magnificent singer-songwriter in her own right, with her own identity. I love him. I love her and I love this album.

This blog post has been shared on Digg, Tumblr, Google+ and Facebook. Please feel free to share it widely and support the music by buying it!

I WAS JAMES GARNER


The arm of the chair was more than an arm,
it was my horse as a kid while watching TV,
I watched all the westerns and lived every second,
for there on the screen I swore it was me.

I was James Garner, I was Bret Maverick,
I was Will Hutchins, I was Tom Brewster,
I was Clint Walker, I was Cheyenne Bodie,
I was Ty Hardin, I was Bronco Layne,
I was Robert Fuller, I was Jess Harper,
I was Michael Landon, I was Joe Cartwright,
I was Fess Parker, I was Davy Crockett,
I was James Arness, I was Matt Dillon,
I was Richard Boone, I was Paladin,
I was Clayton Moore, I was the Lone Ranger,
I was Jock Mahoney, I was the Range Rider,
I was Clint Eastwood, I was Rowdy Yates,
I was Dale Robertson, I was Jim Hardie,
I was Steve McQueen, I was Josh Randall,
I was Robert Horton, I was Flint McCullough,
I was Doug McClure, I was Trampas,
I was Cameron Mitchell, I was Buck Cannon,
I was Pete Duel, I was Hannibal Heyes.

I can’t imagine my life without western heroes,
the stetsons they wore and how they were dressed,
a young boy’s excitement at theme songs and music,
saddling up on the chair and riding way out west.
- October 20, 2017 No comments: