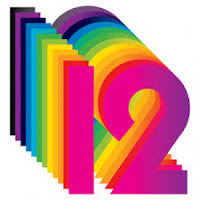 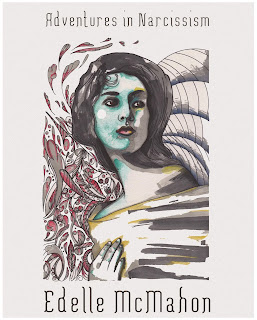 “It’s not actually all about me, I just loved the title. It made me laugh,” insists the Monaghan native, now resident in Belfast. This is the tongue in cheek title of the album, a five year culmination of writing and recording, which has received glowing reviews from journalists, bloggers and radio presenters.

I blogged about the album and here's the link: https://droppedthemoon.blogspot.co.uk/2017/12/new-music-adventures-in-narcissism-by.html

The album is available for download on Amazon, iTunes and all the usual download and streaming platforms.

Having played to a sell-out audience at the Accidental Theatre in Belfast in November 2017, she will be playing various festivals and venues throughout Ireland and the UK in 2018. Edelle’s captivating vocals and intricate guitar picking frame songs that feature a wry world view and incisive insight into character."

Edelle has a few gigs coming up:

1. What is your favourite word? Coolaboola

2. What is your least favourite word? Should

4. What turns you off? Certainty

5. What is your favourite song? It changes often, but right now it’s Soothing by Laura Marling. I’d love to have written it!

6. What is your favourite film? Sweety Barrett. It was the first time I saw Brendan Gleeson on screen. He’s such a wonderful and relatable actor; I’d watch him load the dishwasher.

7. What is your favourite curse word? Gobshite!

8. What sound or noise do you love? Sub bass! The deeper the better!

9. What sound or noise do you hate? The squeak of cotton wool or tissues when rubbed on finger nails

10. What profession other than your own would you like to attempt? Glass blower

11. What profession would you not like to do? Anything in banking or big business

12. If heaven exists, what would you like to hear God say when you arrive at the Pearly Gates? I’d hope she would say “The interesting people are over there. They’ve saved you a seat and the craic’s 90! Gin and tonic, is it?”

Edelle McMahon, thank you for your dozen answers to a dozen questions.