THE GOOD SON BY PAUL MCVEIGH

I have just downloaded the Kindle version of The Good Son by Paul McVeigh.

I'll start reading it in a couple of days and then post some thoughts on this blog.

Mickey Donnelly is smart, which isn't a good thing in his part of town. Despite having a dog called Killer and being in love with the girl next door, everyone calls him 'gay'. It doesn't help that his best friend is his little sister, Wee Maggie, and that everyone knows he loves his Ma more than anything in the world. He doesn't think much of his older brother Paddy and really doesn't like his Da. He dreams of going to America, taking Wee Maggie and Ma with him, to get them away from Belfast and Da. Mickey realises it's all down to him. He has to protect Ma from herself. And sometimes, you have to be a bad boy to be a good son.
Publisher: Salt PublishingISBN: 9781784630232 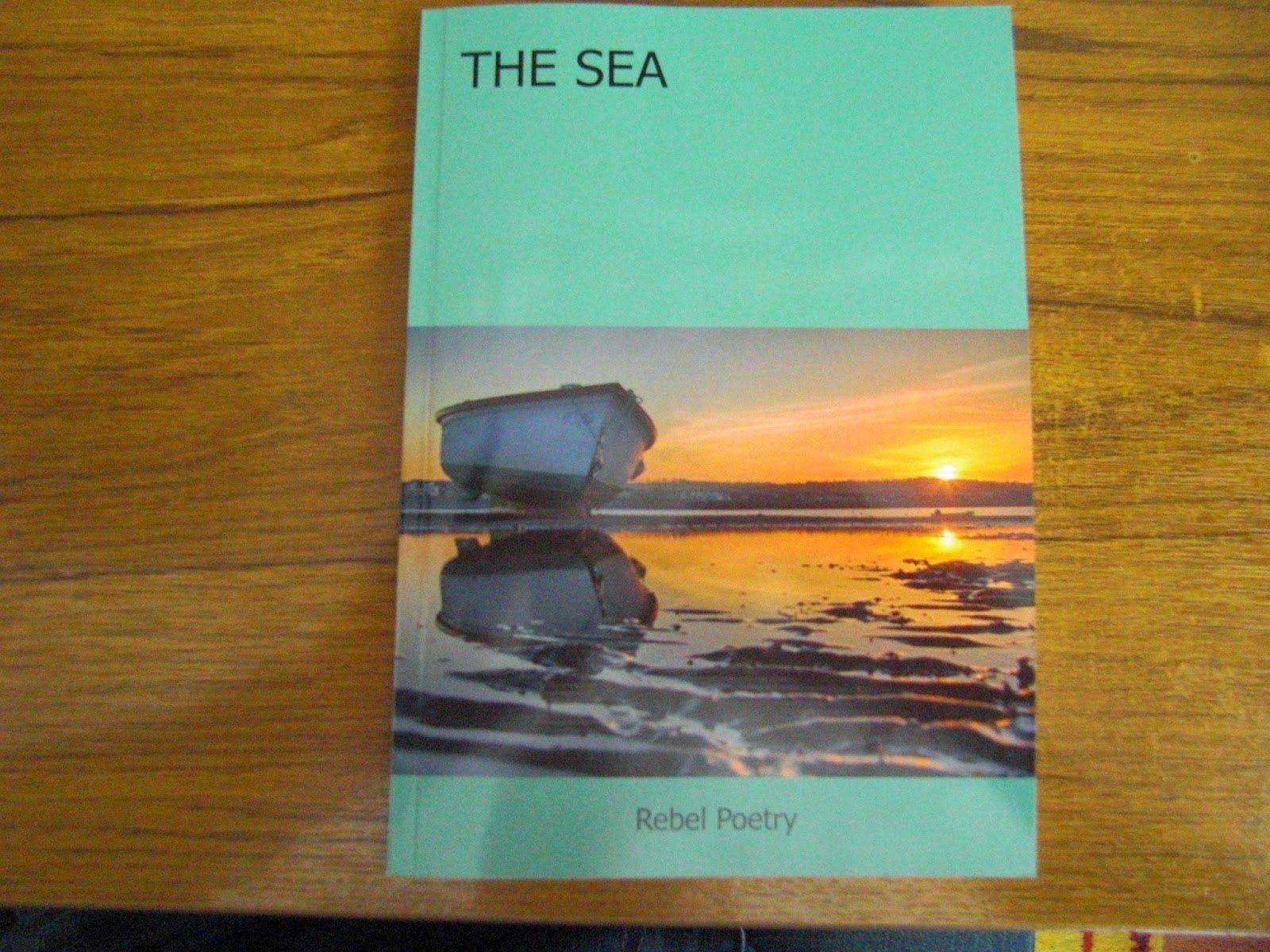 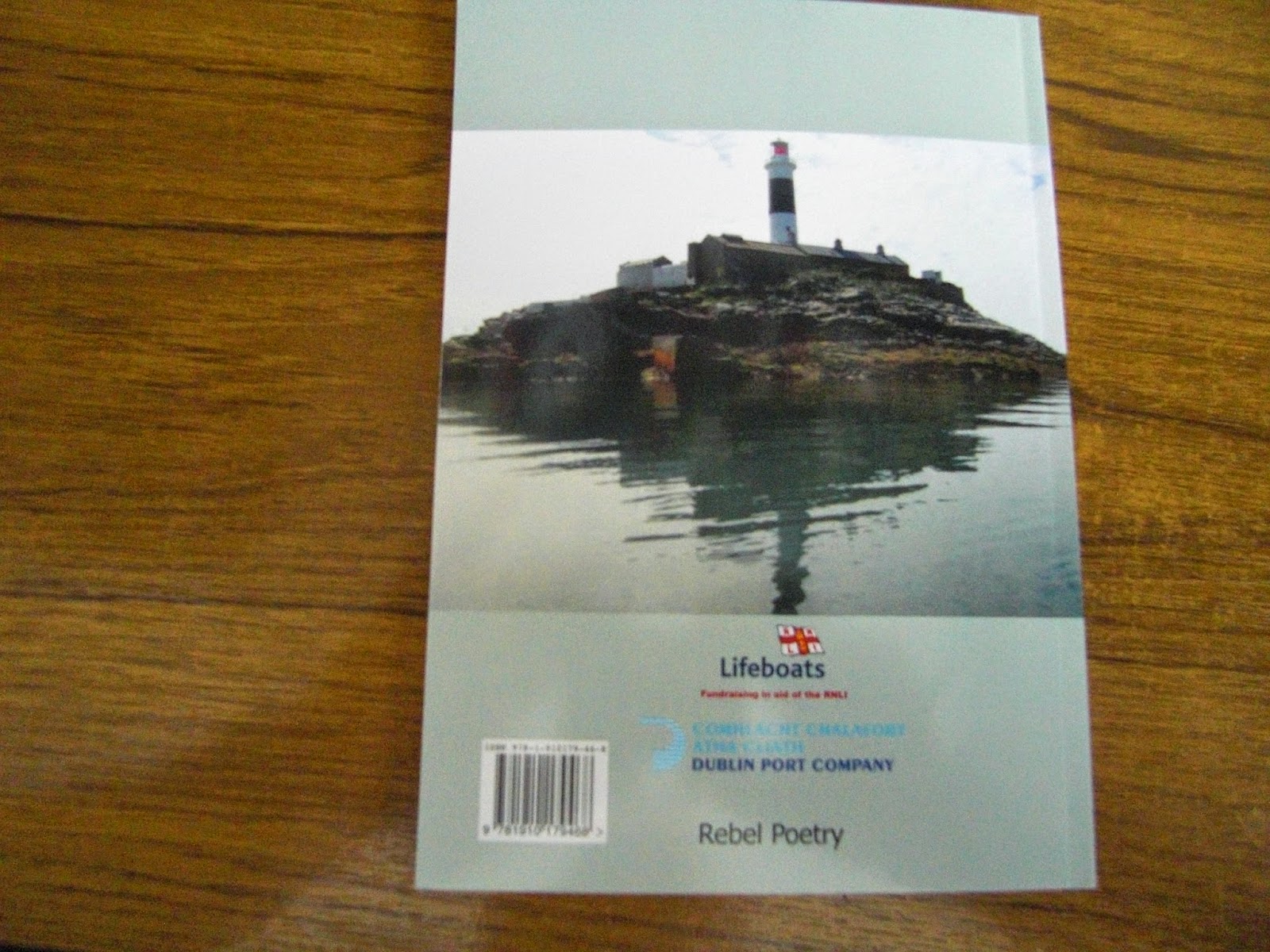 I am delighted that my poem Captain In My Dreams is included.
- April 28, 2015 No comments:

A POINT OF VIEW BY CLIVE JAMES

A POINT OF VIEW by Clive James

This is my current reading matter.  Enjoying it thoroughly. Funny, wise, opinionated, intelligent......

Here's the blurb from the Waterstones site:

The BBC Radio 4 series A Point of View has been on the air since 2007. Over the years, it's had a variety of presenters -- including the national treasure that is Clive James -- talking for ten minutes about anything and everything that has captured their imagination, piqued their interest, raised their blood pressure or just downright incensed them that week. Clive James was one of the favourite presenters, and now, for the first time, his original pieces -- sixty in total -- and all-new postscripts are collected together in one volume. Read along with Clive James as he reflects on everything from wheelie bins to plastic surgery, Elizabeth Hurley to the Olympics, 24 to Damien Hirst, Harry Potter to giving up smoking, car parks to Chinese elections, Britain's Got Talent to the expenses scandal -- and plenty more besides. Essentially a chronicle of life in twenty-first-century Britain, A Point of View is informed and informative, thoughtful and thought-provoking -- but above all, entertaining. In fact, in short, it's a damn good read.
Publisher: Pan MacmillanISBN: 9780330534383
- April 17, 2015 No comments:

CONFESSIONS OF A CATASTROPHIST BY CARLO GEBLER

Getting to the end of this splendid book. Enjoyed it thoroughly. Identified with a lot of the music and book references.  Anecdotes are superb. Family insights wonderful. I'm of the same vintage as Mr Gebler, so I think that helps me to understand at least part of his world.

Can I be honest? I'd not heard of him before!  Extraordinary, as I often scan Irish literary publishers and sites.

The most recent posts are just to highlight the poetry I am reading for entertainment and education.  Style, content, to rhyme or not to rhyme, to shape prose to look like a poem...... all interesting stuff.

The last two blog posts show my current poetry reading/study. This is so wonderful, I have to direct you to it.  I think it's my favourite Heaney book, but I reserve the right to change my mind.

Following on from the last blog post - Time For Poetry - here are two more books I'm reading for education and entertainment:

I have been reading and studying a lot of poetry recently for my amusement and education.  Here are the four books currently on the go.


For education purposes, I have gone back to basics and read (with active participation in the writing exercises), this guide:

Write Poetry (And Get It Published) by Matthew Sweeney & John Hartley Williams.
Teach Yourself

Some interesting new ideas (and hopefully completed work) coming out of the JC head (2 pieces have been accepted already for publication).

Happy to receive, review and promote new poetry books on this site.

Dyan Cannon wasn't looking for romance when she sat own for lunch with Cary Grant in the studio canteen; she was a young actress on the outskirts of Hollywood just hoping for her big break. What she found was a star-crossed soul mate - a man who fell instantly in love with her, pursued her relentlessly and eventually persuaded her to love him back equally. Cary Grant and Dyan Cannon were a glamorous and popular celebrity couple, the epicentre of chic and swinging 1960s Hollywood. For a few brief years their romance flourished; they married and had a daughter. Their romance played out like one of Grant's movies - bold, witty, full of dramatic gestures, and equally tender moments. When the love died, however, it ended in the same way it had started: dramatically, on courthouse steps and on the front page of every newspaper in the world. Sweet, sad, candid and honest, Dear Cary reveals a side of Cary Grant the world has never before seen. It has taken Dyan Cannon two decades to reconcile herself to the death of Cary Grant and to come to terms with their stormy, difficult love. Dear Cary is the end result of that acceptance; her final love letter to her one true love, Cary Grant.
Publisher: BitebackISBN: 9781849541718

I love Cary Grant, one of the greatest of the great actors. Okay, I return again and again to North By Northwest, but so many great films in his CV. He was suave, he was handsome, he was THE movie star.
This book is an interesting read. Dyan Cannon was his wife for a short number of years. So, she has experiences and perspectives and knowledge of Cary Grant that we do not. She, with him, also has a daughter.
The book is personal and heavily reflective.  Some of the stories and memories are a tad over written, too much invented detail and drama and ego and sentiment but...... she lived with him, she knew him and, I have no doubt, she adored and loved him.
When I'd finished reading, I felt some compassion for Ms Cannon but I wondered more how a Cary Grant autobiography would have told this story and the story of the rest of his life. That, readers, would never have happened, and, sadly, did not happen.
I hope Dyan Cannon is in a happy place. I hope Cary Grant is resting in peace. I liked this book but, alas, I didn't love it as much as the man I know from North By Northwest.
- April 02, 2015 No comments: