AN INVENTORY OF AUTOGRAPHS

Over the years, I have accumulated a number of autographs.

This is a link to a piece I wrote about collecting, followed by a list of almost all the signed photos in my possession, all of them requested by me from the stars themselves (not bought off other collectors). The list of celebrities that did not bother to respond (yeah, they've still got my SAEs!!) is probably longer.

I try my hand at freelance writing and I have written a 45-minute drama for radio (although it is suitable for stage production) - 'Shaking Hands'. The play is fiction based on some facts from my life. It is mostly a two-hander.

The synopsis: This play was written as a 45-minute radio drama. It is fiction, based on several facts from the author's life. A 60-year-old son tracks down his 89-year-old father to question him on why he left the family home, a wife and seven children. In the quest to find out about the 'missing years', the son finds it hard to suppress simmering anger and the father clings to hope of reconciliation. The script is adaptable for the stage and would be useful for student actors to practice their skills.

In 1960, my father left our Belfast home, his wife and seven children and vanished. The next we heard about him was in 1982 when we were told he had died at 57 in Clapham, London.

I am investigating his "missing" 22 years and in tandem with that project this play has come out of my imagination.

This is a link to a background piece written by me and published in the Belfast Telegraph in 2015:
http://www.belfasttelegraph.co.uk/life/features/my-father-the-stranger-joe-cushnan-on-his-absent-dad-31313372.html

In mid-2015, I sent the play to BBC NI radio producer, Heather Larmour, who declined it because a daughter/father drama had already been commissioned. She said:
“Thank you so much for sending ‘Shaking Hands’, it’s a very thoughtful, emotional and intelligent script which I very much enjoyed reading.  I thought your treatment of the relationship between father and son was very interesting and viscerally drawn - you really could feel the anger and frustration and hopes and vulnerabilities of the characters as they negotiated the stages of the meeting.  Although I was secretly hoping for a happy ending, I also very much admired how you left the piece, with no resolution possible given the past, but perhaps some understanding for the characters. Unfortunately however, we have recently had a piece commissioned, which tackles the story of a daughter tackling her father about the secrets of his past, and although the two pieces are of course very different, we just felt that the subject matter was too similar at the moment and that Radio 4 would be unlikely to be looking for another piece in the same territory.”

I wonder if any of you would be interested in seeing a copy of the script?

PLEASE NOTE I AM NOT SELLING THE PLAY AND I DO NOT WANT TO MAKE ANY MONEY OUT OF THIS. IF ANY OF YOU PERFORM IT, ALL PROCEEDS YOU MAKE ARE YOURS COMPLETELY. I JUST WANT TO SEE THE PLAY PERFORMED AT LEAST ONCE.

I look forward to hearing from any of you via joecushnan@aol.com

Born and raised in Belfast, now living in Nottinghamshire.

THE CUSTOMER CAN BE A (S)LIMEBALL, SOMETIMES 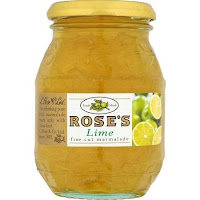 This is a true story - I was that retail soldier - and, a little reminder of the kind of thing shop staff have to put up with all year round.

I was managing a food/non-food superstore a few years ago and a customer asked to see me.  I found my way to the customer service desk and, although I am six feet tall, this guy seemed to tower above me.  His girth was wider than mine too and as I looked up at him I prayed that this was not going to end in tears - mine. 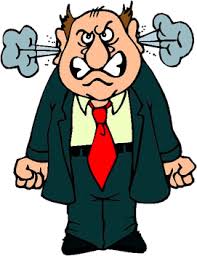 I stuck my hand out to shake his but he ignored it and started bawling: "Lime marmalade. You've got none."  I went through the motions of saying that I would check for him but he told me that someone had already been to the stock room. "Why haven't you got any?"  I told him I didn't know but I would find out and let him know by phone that afternoon.
"What?" he bellowed, "I am not leaving this shop without lime marmalade."
"But we haven't any in stock, sir."
"Don't call me sir. Stop patronising me."
"I'm sorry, I don't mean to patronise you. I apologise for not having lime marmalade in the store but I will have to contact the buying team in head office to see if they can get it on the inventory."
"Ridiculous," he shouted and with that he threw the empty handbasket he was carrying at me, told me to stuff my shop up my arse and stormed away.  The wire basket struck my chin but, heroically, I didn't wince.

In a mid sigh as I watched him leave, I spotted that he had turned round and was heading back my way. "I'll be back tomorrow at 10 o'clock to buy a jar of Rose's lime marmalade and you better have it or I'll not be responsible for my actions."  He turned on his heels and walked briskly out of the door.  I sent someone out to a rival supermarket for a jar of lime marmalade and kept it locked in a drawer.  The next morning, the clock ticked in High Noon fashion.  10 o'clock, no customer. 10.15, no customer.  10.30, nope.  12.00, nada.  He didn't show up at all, ever again, to my knowledge.  "What a (s)lime ball, I thought, in a moment of retail blasphemy.

People in shops have much to put up with day in, day out.

By Joe Cushnan
The two books in this volume emerged from my long experience as a retail manager and, for a short time, one of the unemployed. “Retail Confidential” was first published in 2010 and it takes an honest, practical and cynical look at shops, shoppers and shopping. One or two critics have not taken too kindly to my sarcasm at times but my gracious reaction is to tell them to go and write their own books. This is not a theoretical text book. This is real life. “Much Calamity & The Redundance Kid” is an account of the job losses in my career followed by some serious and tongue-in-cheek advice for people struggling with the trauma of unemployment but determined to rise to the challenge of finding new work. The first book covers shops, shoppers and shopping. The second book is the shafted part. Both books have had minor text corrections and some layout changes. For freelance writing commissions and invitations to talk to business students, company teams, etc please contact me via joecushnan@aol.com
ISBN: 9781786101938
Type: Paperback
Pages: 359
Published: 6 October 2015
Price: £7.99
https://www.feedaread.com/books/Shops-Shoppers-Shopping-Shafted.aspx