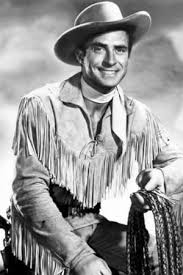 It was the very first television western show that I recall and I loved Jock Mahoney. He was tall, athletic and handsome. I wanted to be him. He was my first hero.

He made over sixty feature films, including two outings as Tarzan and many TV appearances. He was a sportsman and a stuntman as well as an actor.

Sixty years on, I still have fond memories of watching that show but this weekend I read something that shattered my admiration for him. 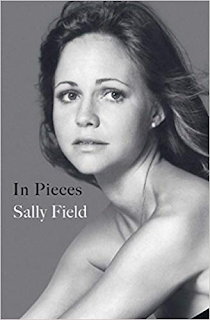 Oscar-winner, Sally Field has written a book about her life. The Times Magazine - 15 September 2018 - ran a feature on In Pieces written by Helena de Bertodano who interviewed Fields. The two-time Academy Award winner (Norma Rae in 1980; Places In The Heart in 1985) has had an outstanding career and continues to deliver excellent performances on stage and screen.

Jock Mahoney was Sally Field's stepfather and the Times feature describes Sally as a very young girl being asked to walk on Mahoney's back and then his front: "I walked on his back," Fields is quoted, "until he rolled me over, commanding me to keep going. One foot in front of the other up his chest I tiptoed, my nightgown hanging loose as his hands slid over me legs, then moved up." She continues: "I'd turn my feet around, walking toward his stomach to be out of reach and he'd whisper instructions, "Lower". I walked on this much loved non-father of mine, carefully trying to avoid where he was aiming my feet....."

Later in the feature, around 1960, when Field was about fourteen, there is a description of a very creepy, sordid incident in a bathroom with Mahoney playing sexual games, making lewd advances on Field. "He loved me enough not to invade me. He never invaded me."

I found all of this very shocking.

Sally Field may well do the rounds of chat shows and media interviews so that we can hear her talk as much or as little as she chooses about her childhood with Jock Mahoney.

He was once my biggest hero but no more.