A short series from my days as a supermarket manager. All true but stretched for 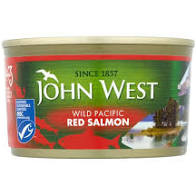 Health and safety concerns have seeped into our heads, sometimes for good reason and other times causing overreaction.  One day, I was getting ready to go home after a long day, when I received a call from a man, clearly distraught.  His voice was a mixture of panic and anger.  He said that his family had eaten salmon sandwiches for their tea and his wife and son had found pieces of glass in amongst the fish.  I was taken aback.  This was a new one on me.  After he assured me that his family did not seem to be suffering from any ill affects at this stage, I offered to send someone round to his house to investigate.  But he declined, saying that he would bring the remainder of the sandwiches and a newly opened tin of salmon to the shop straight away.  I agreed to meet him.
At his request, we met in a private office and he produced the sandwiches and opened salmon tin.  “There,” he pointed, “glass.”  I studied the fragments carefully, touching one or two with my finger before using my thumbnail to crush a piece of the glass.  I then proceeded to taste the white powder and I could hear the man gasping in disbelief.  “What are you doing?” he spluttered.  “Oh, just tasting some rock salt,” I said, trying not to sound too smug.  “It’s natural in some tins of salmon.”  I could see the man’s dreams of compensation drain away with the colour from his face.  He coughed a bit and then rushed off to explain things to his anxious family.  Later, I reflected that it’s important to stay in tuna with your customers even if some of them act like pilchards.
- March 07, 2021