HAS ANYBODY HERE SEEN KELLY? MEMOIR IN SEARCH OF AN AUDIENCE 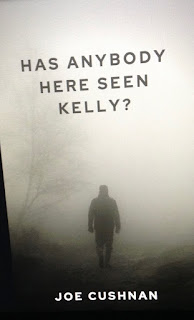 I wrote a memoir and hired much-lauded and Belfast-based professional Averill Buchanan to knock it into shape. Here's a link to her site. https://www.averillbuchanan.com

In 1960, my father John Cushnan, left our Belfast home, his wife and seven young children. I was six. He vanished. The next we heard of him was when we were told he had died at 57 in Clapham, London. Apart from anything else, he left us 22 'missing' mystery years. He reinvented himself as John Kelly from Derry and denied any family back home.

I investigated his journey and whereabouts and filled in quite a lot of blanks. I knew the exact address of his bedsit in Clapham, the pub he frequented, the friends he made, the life he lived, the work he did, the Catholic church he may have attended and, the possibility that he had a relationship and a son - my half-brother. Maybe! Really!

He is at the core of the memoir but he is not the most important person. My mother stepped up, naturally and instinctively, and raised her kids alone. She became and remains the greatest woman I have ever known.

I have presented the story in newspaper features (Belfast Telegraph), on BBC Radio Ulster and BBC Radio 4.  The link to 4's Saturday Live with the Reverend Richard Coles and Aasmah Mir is here: https://www.bbc.co.uk/programmes/b09rwtg8

Randomly, over the next few weeks, I may well publish here some paragraphs to give a flavour of my story.