A short series from my days as a supermarket manager.

All true but stretched for entertainment value. 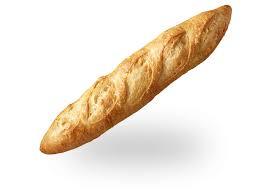 There is no one I know in the wild and wacky world of shops and shopping who believes that the customer is always right.  Those of us who have been managers for more years than we care to recall know that on many, many occasions, some customers play the game with common sense and fair play but a growing number can see ways to exploit the system and shout or needle their way to getting much, much more than a verbal apology for something that has gone wrong.  The man who explained to me that he had found a piece of metal in his bread stick looked upset, understandably.  The fact that he went on to say that the metal was in the very last nub end of the bread made me think that all was not how it seemed.  We managers are well trained to refer tricky matters like this to head office, for health and safety reasons of course, but also to pass the buck to someone else, if the truth were known.  Our head office team could not come up with any explanation regarding the metal, putting it down to a rare mistake at the bakery (but really thinking that this guy had put it there himself).  It was funny to me that he had gobbled all but the very last half inch of baguette.  However, in the interests of goodwill, they offered the man an apology and £20 of gift vouchers.  The man said he was not happy.  When asked what would make him happy, he said that he wanted twice the amount of vouchers and, I am not kidding here, a set of garden furniture.  Alas, I can report, dear customer, several years on that he got the vouchers but on what he sits to have his summer lunch in the garden, I neither know nor care.
- March 08, 2021