THE OPEN UNIVERSITY - I O U, OU 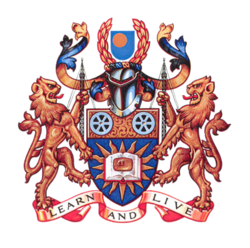 Sometime in the late 1990s I was in conversation with a Human Resources director who was asking about my background and upbringing before going on to discuss my career CV. At one point, we were talking about education and I declared with pride that I had a BA Hons Degree in Social Sciences from The Open University. "I suppose," he said, "it's close enough to a proper degree. The OU is not first division." I can't remember whether or not I flinched but I seem to recall saying the word 'cretin' in my head before responding out loud: "I'm happy with what I've got."

In 1965, I left St Teresa's Primary School with an Eleven-plus under my belt to move to St Mary's Christian Brothers Grammar School, both on the Glen Road in Belfast. I left St Mary's in 1970 with four O-levels - English, Maths, French and Irish - and for years my lack of academic achievement bugged me. It took me a while to do anything about it but in 1987, I applied to The Open University.

The OU was established in 1969 by Harold Wilson's Labour government, spearheaded by Jennie Lee, Minister for Education, and the first students were enrolled in 1971. On 11 January 1973, the first graduates were awarded their degrees. The premise of studying at home (or on a train, in the park or wherever) allowed flexibility regarding time devoted to distance learning with occasional tutor meetings locally and submission of assignment essays to monitor understanding and progress. I was the father of 3-year-old and 1-year-old sons in 1987 and working in retailing with all its pressures and challenges. It was probably not the right time to dive into intense study but when is the right time for anything? Anyway, I did it, although it was tough at times to weave the OU work into career and family life.

By 1992, I had built up my credits after studying aspects of arts, economics, broad social sciences and analysis of historical professional judgements and decision making. I was awarded a Bachelor of Arts (Open) degree and I was chuffed to bits. Two years later, after reassessing some degrees, my qualification was elevated to Honours. Chuffed once again.

I am a very proud supporter of The Open University and I am very grateful for the opportunities I had to take advantage of its 'learn and live' philosophy. Of course, an OU degree is a proper degree and I hope in the years since my award all the snobbish cretins who thought otherwise have been silenced.

I plugged a hole in my education and I'm more than happy with that. I O U, OU. Thank you