THE PRINCESS & THE MILKSHAKE CARTON 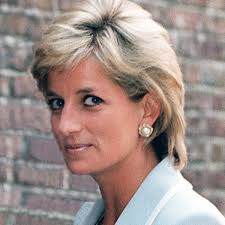 This is a true story (embellished for entertainment value) from my supermarket management days.

It is not often I can remember the exact dates of customer complaints but 6 September 1997 stands out because it was the day of Princess Diana’s funeral and a quite bizarre incident happened.

In order to give everybody a chance to watch the funeral on TV, most shops closed on that morning.  Later, at two o’clock, we reopened and within ten minutes, I was called to see a customer.  As I got closer, I noticed red mist around her head, cheeks a-flush, hands on hips and a trace of steam coming out of her ears.  No fool me, I detected she was annoyed about something.

(Now, bear in mind the sadness of the day.)

"I am furious,” she began.  “I have just driven my new car into your car park and I drove over a McDonald’s milkshake carton, causing the contents to splash out all over my new tyres.  What are you going to do about it?”

I stood staring at her like a rabbit locking onto the full beams of a juggernaut, my face frozen, and wondering if I had just heard what I thought I heard.  She looked at me and said, with menace, “Well?”

My head was searching for the number of a psychiatrist or a hit man.  Eventually my mouth uttered an apology and an offer of a free car wash.  She demanded the full wax and polish and I thought but didn’t say, “Yeah, first the car and then you, baby.”  I agreed to her demands and she stomped out of the shop.

As it was raining, I was doubly cheesed off but I went out in my big mac to retrieve the milkshake carton that had caused the mcflurry.  The woman who had made an unhappy meal of it had gone.  It had been a burger of a day.
- September 06, 2016