Film work of various kinds was part of the wider McLaglen family’s occupations, so movies were in the blood.

As a result of his father Victor’s association with John Wayne and John Ford, young Andrew assisted wherever needed on big and small films.

He moved into television directing and was in demand for shows like Perry Mason, Rawhide, Have Gun, Will Travel, The Virginian and Gunsmoke.

Andrew V. McLaglen sure knew his way around action movies. 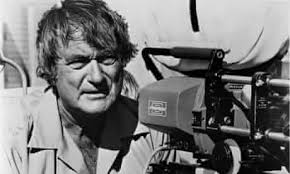