I'M OPEN FOR BUSINESS, KEYBOARD CRANKED UP AND BRAIN IN GEAR. GET IN TOUCH. NO DEADLINE IS TOO SHORT (HMMM! I MIGHT REGRET THAT ONE)

I've been taking stock of my freelance writing over the past ten years or so and, if I may say so, a wide variety of interesting material has been published by kindly editors - a special mention and thank you here to Gail Walker, Editor, Belfast Telegraph for support and encouragement.

I have a few cuttings from thirty or so years ago of stuff I wrote for the old Sunday News in Northern Ireland. The pieces aren't very good but it was a starting point.  Since then I have developed a growing portfolio of published features, reviews and poetry.

I wrote a few retail articles (in a near-40-year career, I had - and still have - many stories and opinions!) I stuffed a lot of them into a book called Retail Confidential.

For a couple of years, I wrote radio and book reviews for Tribune magazine, as well as occasional TV and theatre reviews.  Here's a link to some of them. (Even though it says Tribune Web Editor on some of the reviews, I wrote them): http://www.tribunemagazine.org/?s=Joe+Cushnan 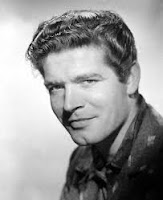 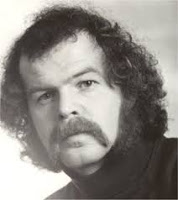 I have had features published on Northern Irish subjects including Stephen Boyd, Sam Kydd, David McWilliams, the Ulster Hall, and a couple of personal family history pieces, and a reflective piece on the demise of British Home Stores.  Most of my features have appeared in the Belfast Telegraph, with a  couple in the Irish News.  Here's a link to a selection: http://www.belfasttelegraph.co.uk/search/?search=Joe+Cushnan

My most successful book is Stephen Boyd: From Belfast To Hollywood. It ticks along with paperbacks and downloads, not Harry Potter numbers but very pleasing.

My blog (this very thing you are reading) has attracted 108,000 views in 5 years - not too shabby. It contains all sorts of things but lately I have tried to devote the lion's share of space to reviewing more and more Northern Irish talent - writers and musicians. Use the search box to look up Evan Marshall, Liam Beckett, Michael Bradley, Paula McIntyre, Mairead Healy Kaz Hawkins Band, Simon Murphy, Mandy Bingham, Stephen Dunwoody, Brigid O'Neill, The Holy Innocents and more.

I write fun verse for children and adults including these two books:

Box Set (Without a Box) of Funny Poems

There is much more but I don't want to bore anybody. (Who's yawning at the back?)

I can send more samples to anyone interested in hiring me.

Either way, I'll keep tapping away in my own orbit.


Books: Shops, Shoppers, Shopping & Shafted; Before Amnesia: Seeds Of A Memoir; Shaking Hands; Retail Confidential; Much Calamity & The Redundance Kid; Stephen Boyd: From Belfast To Hollywood; Hamish Sheaney: The Nearly-Man Of Irish Literature; Juggling Jelly; Geek!; A Belfast Kid; Jack Elam, I Gave You The Best Years Of My Life; The Chuckle Files; The Poems Of Hamish Sheaney: Remastered & Expanded; Only Yules & Verses; Only Drools & Corsets; Fun With Words, Fun With Rhyme; Fun With Words, Fun With Noise