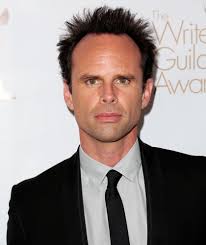 I've been watching television for about 60 years and I have a long list of TV heroes. My earliest memories of the box are dominated by westerns. The late 1950s into the 1960s was a golden age - Cheyenne, Bronco, Laramie, Wagon Train, Bonanza, Sugarfoot, Rawhide, Maverick and more. I loved Clint Walker, Ty Hardin, Robert Fuller, Dan Blocker, Will Hutchins, Clint Eastwood, Eric Fleming, James Garner, Jack Kelly and a lot of others. Magic.

In more recent times, James Gandolfini in The Sopranos, Bryan Cranston in Breaking Bad, Timothy Olyphant in Justified have left their considerable marks, along with a ton more over the years. There are too many to list. Anyway, I want to get to the point of this post.

In the past decade, we have seen the emergence of a very exciting screen actor - Walton Goggins. 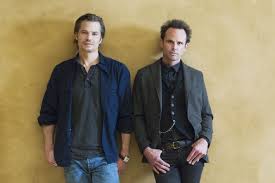 I haven't seen all of his films and TV shows but I have seen him as bent-cop Shane Vendrell in The Shield (2002 - 2008, 89 episodes) and as all-round villain Boyd Crowder in Justified (2010 - 2015, 74 episodes). I've spotted him in some films  (Shanghai Noon, Django Unchained, Machete Kills) but I have yet to see his turn as a transgender prostitute, Venus Van Damme, in Sons Of Anarchy. I have yet to catch up with Tarantino's The Hateful Eight.

But, so far, I have seen enough to put him amongst the greats in my estimation. In The Shield and Justified, he plays bad guys but he injects humour, menace and pathos into his characters. He can deliver lines that might seen flat on the page but come over with benevolence or malevolence, either engaging that magnificent teeth-filled smile or that withering glare, whatever is required. 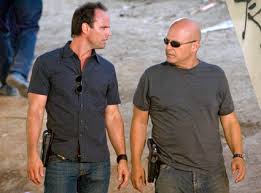 Apart from his obvious and tremendous acting skills, the one thing above and beyond that lifts him higher than many others is that he is a scene-stealer. Once he appears, you're hooked. Pitch him face-to-face with Timothy Olyphant's Raylan Givens in Justified or Michael Chiklis's Vic Mackey in The Shield and you can feel the power of gifted actors on top of their game, almost always Goggins winning out with an eye twitch or a slight movement of his head.

Walton Goggins is a stunning actor and I look forward to seeing a lot more of his brilliance.