Bob Dylan is a genius, one of the most influential writers and performers in the history of music. He has a back catalogue that contains dozens and dozens of amazing songs and everything he does attracts huge levels of interest, as it should.

But not everything he does is great. I know there are Dylan fans out there who would swoon with delight if he released an album of coughs because he's Bob Dylan, that's it, case closed 'nuff said. Good luck to the fans who automatically award five stars out of five for every Dylan record whatever the quality. I'm not one of them.

There are records and songs that I love, some that I quite like and others I skip, especially later releases when Dylan became more of a growler vocally. Some years ago I saw him at the Sheffield Arena and he was bloody awful. Luckily, I had a free ticket. It was great to see such a legend live but not to hear him.

Dylan has earned the right to do whatever the hell he wants on record and there is an enormous appetite amongst fans for his output. I'm more selective.

His last album (Shadows In The Night) and his most recent album (Fallen Angels) feature Bob Dylan recording some of the compositions from the great American songbook. A number of artists have done the same over the years, notably Willie Nelson with his Stardust album amongst others and even Rod Stewart found a new lease of life with his attempts. So, why not Bob Dylan? A great American singer/songwriter singing great American songs. It is an interesting and intriguing combination but after listening to Shadows In The Night twice and Fallen Angels once, my ears were close to bleeding point. It's nothing to do with the choice of songs or the beautiful arrangements, it's Dylan's voice - cracked, weathered, struggling with the higher notes - that irritated me.

He will always be a genius. He will always be revered. He will be a legend forever more. But these crooning albums just expose his weakness when covering other people's songs. As I said earlier, he has earned the right to experiment but these are hit and miss albums that just made me want to dig out the classics and hear the genius in his prime.

Long may he continue, but not with albums like these.


Shadows In The Night track listing: 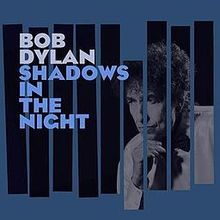 I'm A Fool To Want You
The Night We Called It A Day
Stay With Me
Autumn Leaves
Why Try To Change Me Now
Some Enchanted Evening
Full Moon And Empty Arms
Where Are You?
What'll I Do
That Lucky Old Son 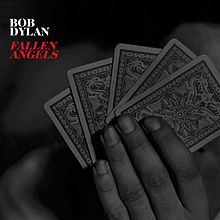 Young At Heart
Maybe You'll Be There
Polka Dots And Moonbeams
All The Way
Skylark
Nevertheless
All Or Nothing At All
On A Little Street In Singapore
It Had To Be You
Melancholy Mood
That Old Black Magic
Come Rain Or Come Shine
- May 25, 2016