Our radio alarm goes off at 6.15 every morning. My wife likes to wake up to the news on Radio 4 and I used to like it too. But in recent times, the first words I hear coming over the airwaves are always associated with stories about conflicts, disagreements, threats, warnings, murder, mayhem, crises, various other negative messages and all sorts of things we must worry about. There are studies, surveys, research reports, opinion polls, most of which seem to indicate that we are clinging by a fingernail to the edge of the abyss.

Important subjects are reported and discussed but because of repetition and over-analysis, just about everything is watered down and fatigue sets in and we enter that dangerous mood of apathy.

Trigger words and subjects that make me shut down are, in no particular order, Trump, Brexit, gender, food and drink warnings, boo-hoo celebrities and bitching politicians. There is probably a lot more to add to that list. I'm sick of it all. Now, this may be a plan from the high authority's dark shadows to actually drum negative news and opinion into the nation's head to force us into apathy in order to manipulate us. But whatever, I am sure that gurgling noise I hear is the liquefying of my cerebral cortex.

Enough John Humphry's and all your cohorts. Enough.

My campaign is to convince my wife to jump the Today ship and join me on the far more pleasant morning cruise that is Classic FM, presented by the gently-toned voice of Tim Lihoreau. Okay, there's a few minutes of news every hour but apart from that there is minimum talk and a feast of music to help us march into each new day with positive spirit and an upbeat outlook on life. I shave and shower to great music, banishing the Eeyore misery of rolling current affairs blether.

I know we all need to have some awareness of what is going on in the world. But there's no need for force-feeding, which is what rolling news has become.

Misery out. Music in. It would be a much happier world. 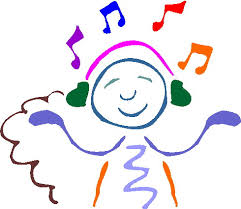 Footnote: On the day I wrote this post, I listened to an old radio programme called The Tingle Factor in which George Melly said, upon waking each morning, he would play Bessie Smith records to start his day. Two records, about seven minutes in total, would be the time he took to get dressed.
- March 16, 2018