ATTACKED BY A MANIAC - SORRY, CUSTOMER - WITH A WIRE BASKET

A few months ago I bought a book called The New Elizabethans by James Naughtie, a collection of 60 portraits of people who were influential in public life, the arts, science, sport, entertainment, etc during Queen Elizabeth's 60-years between 1952 to 2012. It is a fascinating book (hardback), bought in The Works for £3 - my kinda price! If you are quick, you might find a copy.

There is a portrait of Alan Sainsbury, dubbed "the father of the British supermarket", who latched on to the US trend in the late 1940s to go self-service, abandoning the old over-the-counter style of retailing. He was a fascinating man and his story is equally so. 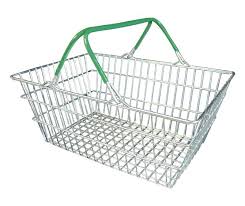 But, as ever with me, I was struck by a trivial note in the piece:

"When Alan Sainsbury walked into one of the first self-service shops opened by his family in Croydon, south London, at the start of the 1950s, a shopper on being told who he was, threw a new wire basket at him in a fury. Not everyone wanted cheese wrapped up instead of being wire cut, nor their vegetables pre-packed."

The wire basket attack reminded me of a similar attack by a maniac - sorry, customer - in a store some years ago.

I was managing a food/non-food superstore and a customer asked to see me.  I found my way to the customer service desk and, although I am six feet tall, this guy seemed to tower above me.  His girth was wider than mine too and as I looked up at him I prayed that this was not going to end in tears - mine. 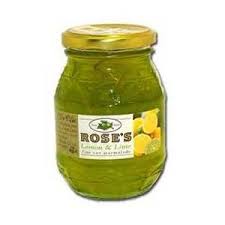 I stuck my hand out to shake his but he ignored it and started bawling: "Lime marmalade. You've got none."  I went through the motions of saying that I would check for him but he told me that someone had already been to the stock room. "Why haven't you got any?"  I told him I didn't know but I would find out and let him know by phone that afternoon.

"What?" he bellowed, "I am not leaving this shop without lime marmalade."

"Don't call me sir. Stop patronising me."
"I'm sorry, I don't mean to patronise you. I apologise for not having lime marmalade in the store but I will have to contact the buying team in head office."

"Ridiculous," he shouted and with that he threw the empty hand basket he was carrying at me, told me to stuff the shop up my arse and stormed away.  The wire basket struck my chin but, heroically, I didn't wince.

In a mid sigh as I watched him leave, I spotted that he had turned round and was heading back my way. "I'll be back tomorrow at 10 o'clock to buy a jar of Rose's lime marmalade and you better have it or I'll not be responsible for my actions."

He turned on his heels and walked briskly out of the door.  I sent someone out to a rival supermarket for a jar of lime marmalade and kept it locked in a drawer.  The next morning, the clock ticked in High Noon fashion. 10 o'clock, no customer. 10.15, no customer.  10.30, nope.  12.00, nada.  He didn't show up at all, ever again, to my knowledge.

"What a (s)lime ball”, I thought, in a moment of retail blasphemy.

People in shops have much to put up with day in, day out and, rather like me, heroically they take it on the chin.