I am in the early chapters of this book and loving it.  Here's the cover and the blurb, but scroll down for a quite brilliant letter from Hugh Cudlipp to a journalist from First Circle Films requesting an interview about Viscount Rothermere. 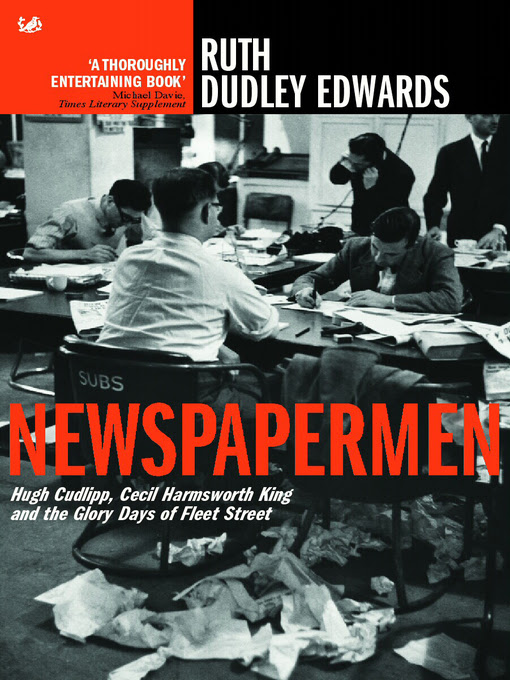 They were 'Cudlipp' and 'Mr King' when they met in 1935. At 21, gregarious, extrovert and irreverent Hugh Cudlipp had many years of journalistic experience: at 34, shy, introspective and solemn Cecil Harmsworth King, haunted by the ghost of Uncle Alfred, Lord Northcliffe, the great press magnate, and bitter towards Uncle Harold, Lord Rothermere of the Daily Mail, was fighting his way up in the family business.
Opposites in most respects, they were complementary in talents and had in common a deep concern for the underdog. Cudlipp, the journalistic genius, and King, the formidable intellect, were to become, in Cudlipp's words, 'the Barnum and Bailey' of Fleet Street. Together, on the foundation of the populist Daily Mirror, they created the biggest publishing empire in the world.
Yet their relationship foundered sensationally in 1968, when - as King tried to topple the Prime Minister - Cudlipp toppled King. Through the story of two extraordinary men, Ruth Dudley Edwards gives us a riveting portrait of Fleet Street in its heyday.

"Thank you for your letter of 19 May asking me to agree to doing a profile interview about (presumably the First) Viscount Rothermere.
I enjoyed the enormous pleasure of never meeting him, and even greater privilege of never working near him as an editor. In my last few years I honestly cannot be persuaded by a fat cheque or share-option in First Circle Films to waste time working on a TV profile for BBC2 of the lascivious, gluttonous, Hitler-grovelling, penny-pinching, power mad, boring old sod."
- September 24, 2015