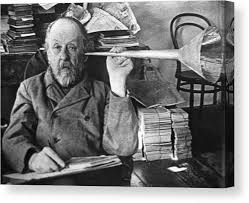 I have good hearing but I am now addicted to subtitles for films and dramas on TV.  Too many actors are mumblers and how disrespectful is that to writers. The words are important and I don't want to miss hearing what is being said.  It might not be the actors alone. What's the sound team doing, why is the director not bellowing: "More projection laddie/lassie?"

I am pretty confident that if you watch a pre-2000 film or television show, the dialogue is clear and you will hear every syllable.  (Actually, I've just remembered Rambo's First Blood (1982) in which Sylvester Stallone gives a speech consisting of noise that has never been anywhere near an English language dictionary.  It's like a bulldog with a mouthful of marbles chewing a wasp.)  But you get my drift.

Police and medical shows, to name two, are often full of technological and psychological babble that can be impossible to absorb, so subtitles are a godsend.


ACTORS -
SPEAK UP
AND
SPEAK CLEARLY