THE ONLY ROBIN HOOD FOR ME 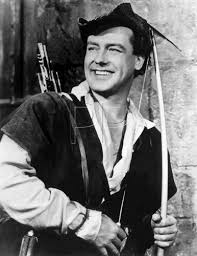 Richard Greene was born 100 years ago, 25 August 1918, in Plymouth. He cut his teeth in repertory companies which led to his lucky break into films via 20th Century Fox in 1938. He was a big success in Hollywood working with directors like John Ford. In 1939, he starred in The Hound of the Baskervilles as Sir Henry with top billing over Basil Rathbone as Sherlock Holmes and Nigel Bruce as Doctor Watson. 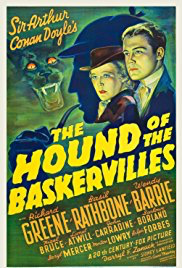 In 1938, he starred in Kentucky with Loretta Young and Walter Brennan. Henry King directed him in Stanley and Livingstone, starring Spencer Tracy in 1939. In the same year he appeared alongside Shirley Temple in The Little Princess.

But, for me anyway, his greatest role was on television in The Adventures of Robin Hood which ran for 144 episodes from 1955 to 1960, with regular repeats for some years after.

You can keep Errol Flynn (although he was great too), Russell Crowe, Kevin Costner, Jason Connery, Michael Praed, Douglas Fairbanks, Jonas Armstrong, Patrick Bergin, Sean Connery and any others. For me, no one can compete with the Robin Hood of my younger days.

A big salute from me to Richard Greene! 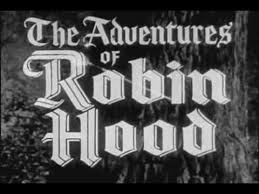 I'm off to dig out the box set and sing along with Dick James: "Robin Hood, Robin Hood riding through the glen........."