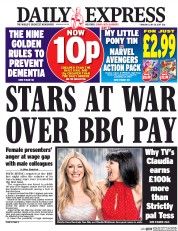 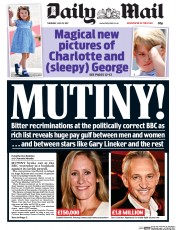 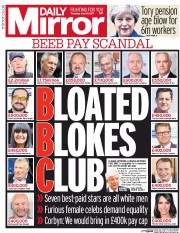 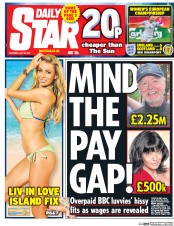 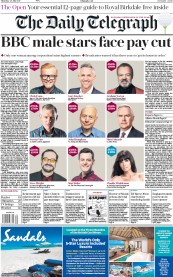 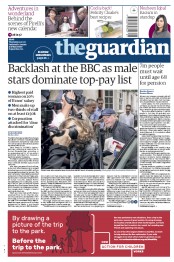 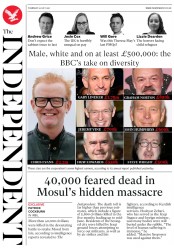 Written before the publication of the BBC report

Later this morning, the world will find out the names and salaries of the BBC's most expensive talent. This is all being done in the name of 'transparency', one of those words used by the Government to appease a public mood for openness and also to weaken public trust in the corporation. Governments don't like the BBC. Some media organisations don't like the BBC. Some people don't like the BBC. Rather like the slo-mo death of the NHS by gradual demolition, the BBC is a big target for its commercial possibilities above and beyond any artistic, journalistic or entertainment merits.

The trouble is that such information will not be handled well by sections of the public and the media. It will not be viewed with any intelligent understanding of how the industry works. A lot of voyeurs will see the cash number and the associated name and develop a cough-splutter WTF moment. It will be gossip laced with bitchy bile and many a chin will scrape the floor in apoplexy. (I may well have a chin-drop moment here and there too!) Part of the nation salivates and prepares to deliver a good kicking.

It appears to me that revealing this information without proper comparisons across the whole industry with Sky, ITV and all the rest will just start a depressing game of Why Do You Think You Are Worth All That Dosh? Television and radio presenters are expensive people. Is that fair? Probably not. Footballers are expensive. Is it fair? Probably not. But within their own orbits, there is a going rate to attract talented people. Of course, there are also very talented people in other public service organisations - in health, education, the military, emergency services et al - and they are paid miserly sums in comparison to some showbiz personalities. Governments capping the salaries of essential service employees while allowing a free market to attract, select and pay huge amounts of dough to BBC entertainers and presenters is a powder keg - and once BBC salaries are released, boom!

Even before the official release of the BBC report, that cauldron of bitterness we call Twitter is boiling furiously as opinions, insults and poison spew out. Named personalities are being vilified and abused already and the vilification and abuse will just explode with a louder bang as photographs and big money numbers are splashed all over print, online and broadcast news. The BBC, yet again, and a lot of its employees, is in for a bumpy ride. Some criticism will no doubt be justified. And that's good. Big organisations need to keep analysing and managing costs. It is part of daily business life.

One good thing about revealing high earners and earnings will be a much better comparison across genders. That will be the most important part of whatever figures are released. Fixing any pay gap is a priority in any organisation and such analysis and action should be welcomed.

And, by the way, all that hoo-hah about TV and radio presenters earning more than the Prime Minister....... That ain't the BBC's fault. It is a false comparison however it is dressed up. Anyone mad enough to want to be Prime Minister with all its associated crap and personal pressure should be paid several million pounds whoever they are and whatever colour rosette they sport.

So, buckle up. In a couple of hours, much shit will hit many fans. Will we be better off once 'transparency' has been achieved? Not a chance. Mind you, one of the upsides on this subject is that Twitter might well overheat and that little blue bird will drop dead from sheer exhaustion.

Speaking of birds, good luck BBC, for the vultures are circling.......

Written after the publication of the BBC report

Link to the juicy details: http://www.bbc.co.uk/news/entertainment-arts-40653861


Well, there you go. Some jaw-droppers in the list but actually I couldn't care less about salaries negotiated and agreed. The big flaw is the gender pay gap and that must be fixed.

I could fixate on presenters that do not appeal to me and who force me to reach for the remote control but that's more to do with my taste. I could focus on the ones I like and whimper that they deserve more. I repeat, I couldn't care less about the money. I prefer quality on my TV and radio, almost whatever the cost.

In addition, analysis of the numbers should be done on a like for like basis. Jobs must be fully comparable if salaries are to be fully comparable. How many hours, days, weeks, months in a year does each presenter work? It has a bearing and it is important not to assume that a lower paid presenter does the same or same amount of work as a higher paid presenter. Publication of a universal hourly or daily rate would have been helpful here.

It's a can of worms for sure and the information should be used to provoke positive change. BBC enemies will squeeze every last drop of negative blood out of this list. BBC haters will just scream abuse because that's attention-grabbing antisocial media fodder.

Non-BBC media folks in highly paid jobs for other organisations are already adopting a kind of smuggery that makes me want to grab hold of a bucket.

BBC - keep and strengthen the positives and eliminate the negatives.