It looks as if BHS will be no more after this week unless someone saves it. It's sad. I have mostly fond memories working there, starting in Belfast in 1973 and finishing in London's Head Office in 1984.  Here's an edited extract from my book "Retail Confidential" (recently packaged with "Much Calamity & The Redundancy Kid" into another book called "Shops, Shoppers, Shopping & Shafted". 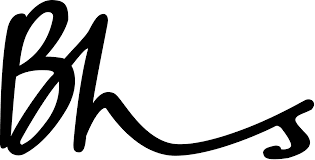 Before long, I had entered British Home Stores as a Trainee Manager in Belfast.  In the early 1970s, BHS was seen as the slightly poorer relation to the mighty Marks and Spencer, but still a force in its own right in fresh food and clothing.  After my nine-months training apprenticeship, I was appointed department manager of menswear as well as being becoming the security coordinator, for these were dark days in Belfast, riddled with terrorist incidents including bomb scares and, worse, occasional explosions.  Stores employed security guards at entrances to search customers for incendiary devices and anything else threatening, and it was part of my job to look after this team.  It was a pretty ineffective way to stop terrorists but it was the done thing to give customers the impression that we were thinking about their safety.  It brought a whole new dimension to customer care and it was an experience that helped me to see the humanity necessary for a successful business life.  Tending to customers rigid with shock and bleeding after a bomb exploded outside our shop one afternoon was an extension of customer service that I hope I never have to get involved with again.

But there were lighter moments.  In fact, to be coarse for a second, I can honestly say that I have shoveled shit for my employer.  On one of the many evacuations we endured following a telephoned bomb scare threat, the police and army contingent brought a sniffer dog to roam the store in a bid to detect explosives.  As the brave dog scrambled around and over the top of counter displays, it decided to stop on my department and do its business.  After the all clear, I grabbed a bin and a shovel and scooped the poop before customers were allowed back in.  So, whenever anyone talks about rolling up sleeves and getting hands dirty, they are talking to an old campaigner here.

One of our departmental managers’ pranks involved a mannequin’s hand.  Each afternoon, about an hour before the shop closed, our key holder would come in and tour the building to start locking windows and fire doors, ensuring a fully secure shut down when we all left for the evening.  One part of his tour took him down some stairs, around a corner and down a further flight to a fire door at the back of the store.  One day, a couple of us disconnected a hand from one of the fashion department’s mannequins and placed it on the handrail just around the corner of the stairwell.  The key holder, observed in advance by us as a handrail holder as he descended the stairs, almost jumped out of his skin when he touched the cold extremity.  He was normally a gentle plodder as he did his rounds, but on that day, he bounded up the stairs and shot out on to the shop floor like a banshee with its tail on fire.  In our privacy, we screamed with laughter for ages and he developed a suspicious eye in our company from that day on.  It is shameful, of course in retrospect, but I include it as an illustration that we were prone to a little childish fun from time to time in those days to counteract the seriousness of the business we were in.  If we had been identified as the culprits, we reckoned that our defence rested on us arguing that we were only giving him a hand.

I learnt many lessons in the first of my eleven years with the company, especially about the spirit of team work and the joys of camaraderie, both of which are not as apparent today as they were then.  This was an age of shops opening at nine in the morning and shutting at six o’clock at night, with quite a number closing on Wednesday afternoons.  There was none of the modern-day relentless 24/7 pressure and demand and it is probably the “we never close” society that has eroded the closeness and friendliness of retail colleagues in current times.  The BHS teams of the 1970s would be in the local pub ten minutes after closing the shops, having fun and, dare I say without sounding too Oprah Winfrey, bonding.  We seemed to find common ground and team spirit in our collective fear and dread of our managers who were tough, sometimes uncompromising authoritarians, “old school” status-conscious bullies at times, you might say.  The most fearsome of them all, Mr Robinson, (for these were the days when we were definitely not on chummy first name terms) would rule his store and his team with an iron fist and a terrifying scowl.  He controlled everything and if you crossed or displeased him in any way, you were subjected to the fiercest bollocking you can imagine and you left his presence shaking.  He had the sinister knack of arriving on the sales floor and, somehow, exuding an aura of terror amongst the managers.  We did not even have to look up.  We knew he was there.  On the occasions when I did look up, he would be standing a good hundred feet away staring back at me before wagging his come hither finger.  In a terrified Uriah Heep, ever so humble way, I would approach him knowing that he had spotted at least three things on my department that needed attention.  “Use your eyes, son.  Make sure you see these things before I see them.”  I would nod silently and he would march away to terrify the next department manager.

If you wanted a new duster for your department, you had to take your old one to his office, knock the door, await his barking instruction to enter and then request a replacement cloth.  He would be reclining back in his chair, stone faced and, I swear, not blinking.  He would grab the old rag dangling from your trembling fingers, hold it up to the light, peer at you through the holes in the fabric and then thrust it back at you.  “There’s at least half a dozen more cleans in that, boy,” he would shout.  This was one of my first groundings in cost control, albeit a trifle extreme but a good lesson in watching the pennies.  I wasn’t rational enough in those days to understand it but when I became a manager myself, I often used this true tale as a benchmark against waste.  My team members looked at me with the same quizzical expression I had used a couple of decades before.  But, no one can deny the principle of not wasting a business’s money unnecessarily.

In another store, the manager decided to change the layout completely.  This was a two-floor shop and his plan was to swap the top floor departments for the ones on the ground floor.  There weren’t many health and safety stipulations at the time and one Sunday, when the store was closed, a bunch of us dismantled, transported and reassembled every counter in the shop, humping fixtures up and down stairs, getting fingers trapped, knees banged, shins damaged and feeling that every nerve and sinew in our bodies had laid themselves down for the good of the business.  I recall one of our number renaming BHS as Bangers, Humpers and Screwers, for that is what we were with our hammers, broad backs and do-it-yourself toolboxes.  But, despite the hard graft, it was another instance of “we can do it” which we needed in retailing then and continue to do so now.  It is like a massive hamster wheel and it is crucial that the wheel keeps moving and that we all embrace the need for change and improvement, no matter how scraped our knuckles or bruised our knees become in the process.

The BHS phase of my career took me, as department manager, to stores in Belfast, Manchester, Romford and then Wood Green, East Ham and Hackney in the London area.  From the stores, I moved to head office on the Marylebone Road in London to head up a team in a new IT project and then on to the role as UK Audit Manager.  By and large, it was one of the most enjoyable and productive periods of my working life and I have a lot to be thankful for.
- April 24, 2016