Ibn Battuta was a Moroccan scholar who, at twenty-one, went on a pilgrimage to Mecca in 1325, and thereafter just kept going.  For almost thirty years he travelled the length and breadth of the Islamic world before returning to his homeland.  On the final leg of his journey, in 1352, he spent time in Iwalatan (Walata, Mauritinia).  He observed:

“The women are of surpassing beauty and are shown more respect than the men.  The state of affairs amongst these people is indeed extraordinary.  Their men show no signs of jealousy whatever; no one claims descent from his father, but on the contrary from his mother’s brother.  A person’s heirs are his sister’s sons, not his own sons.  This is a thing I have seen nowhere in the world except among the Indians of Malabar.  But those are heathens; these are Muslims.” 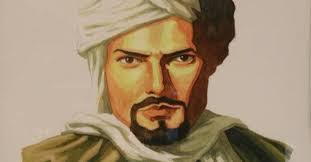