A longer article on this post is available for commission
joecushnan@aol.com 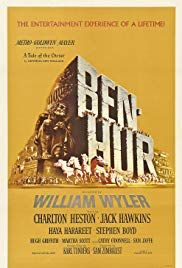 Sixty years ago this year, the epic film, Ben-Hur, was in production in Rome, eventually released in December 1959. Let me take you through a list of the awards bestowed on it to illustrate just how monumental it was and is in the history of motion pictures. 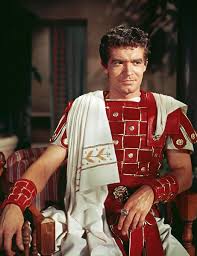 It won a BAFTA for William Wyler’s direction.  It won Golden Globes for best picture, best director and, for Stephen Boyd, best supporting actor. In addition, it won a Golden Globe for Andrew Marton’s direction of the chariot race.  It won a Grammy for Rozsa’s score.  It won several more awards in international ceremonies.  It was a huge success and deservedly so.

But, apart from a Golden Globe, Stephen Boyd missed out on a prestigious Oscar, inexplicable in my view as one who has studied his performance. In some scenes he acts Charlton Heston off the screen and, no insult to Hugh Griffiths, his was an entertaining performance but did not compare to the intensity and presence of Boyd who, by the way, was only 27 when he made the film. Heston was 35.

“Anyone who questions the strength of Stephen Boyd, the actor, (and there were some) should take another look at Ben-Hur.  I believe William Wyler was more shocked than most of us that the Academy overlooked him in the Oscar race.”