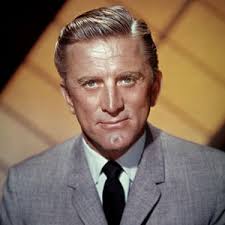 *The story goes that in his early years, he met a fellow actor called George Sekulovich who advised him to change his name. It is lost in the mists of time why he chose Kirk Douglas but young George had already decided to change his name to Karl Malden.
- December 09, 2016