Following on from yesterday's post - here are a couple of photographs from Saturday 3 July 2010 during the filming of the BBC NI TV documentary "Stephen Boyd: The Man Who Never Was". 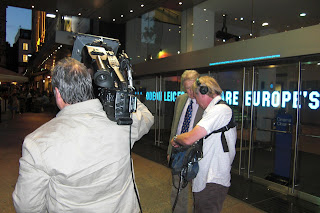 Outside the Odeon cinema, Leicester Square, Davy Kilpatrick (Clean Slate TV) discussing a shot with Jimmy Ellis.  The back of the head belongs to ace cameraman Mark Garrett. 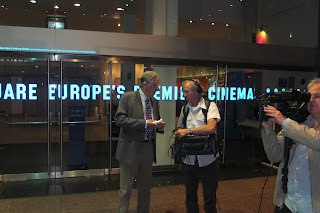 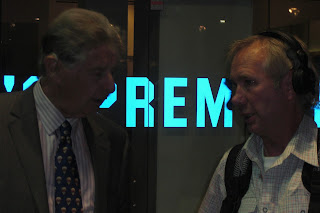 During the filming on that Saturday evening, Leicester Square was busy, as usual, but made even busier by additional people in London for that day's Gay Pride march.  Crowds in high and good spirits watched and wondered what was going on.  A couple asked me who Jimmy was.  I explained and they followed him around, as he was being filmed, as if he was a rock star.