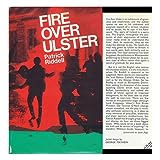 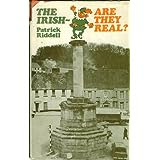 Patrick Riddell was a columnist on the old Sunday News newspaper in Northern Ireland.  He was noteworthy for his strong opinions (curmudgeon?) on all kinds of subjects.  When I get round to it, I'll seek out his work as a columnist and try to piece together a biography.  There is very little material available online but I'm sure Belfast libraries might have archive on him, old copies of the Sunday News, etc.

In September 1979, I read a column (I did not keep the cutting) and I sent him a letter disagreeing with his condemnation of modern poetry.

"Forgive the delay in acknowledging your interesting letter of 22 September.  I have been away from home for quite a while.  Letters addressed to me by readers of my column are forward to me at this address by the Sunday News, so, as I was absent and have only now come back, there has been what a pedantic relative of mine always called a hiatus.

You say that poetry reflects the attitudes, moods, emotions, etc, etc of generations and that the poetry you enjoy chronicles events and experiences of your lifetime.  Very well, but what kind of an argument is that?

The poetry of today reflects, in Britain, the events and experiences of a decadent country and degenerate people.  The English particularly believe themselves to be not only different but superior to all other races.  All empires throughout the history of humankind have declined and their people seemed to have declined with them.  The English, however, are convinced that they have escaped this fate, despite the fact that they are idle, greedy and dishonest.  The world, they think, owes them a living by virtue of their English nationality.  All through industry, the "workers" will not work.

So, the poetry of today, in my view, reflects slovenliness, false-thinking, and arrogance.  There is no music in it to touch the human heart, nothing in it to remain in the memory.  I heard Robert Donat years ago, when he was very ill from asthma and unable to act, speaking Shakespeare's sonnets.  He had recorded many of them and the BBC transmitted them from London.  In his spoken commentary, he mentioned a Lancashire working-class woman as saying wistfully - "Eee, 'e's such a comfort is Shakespeare."  Show me the comfort of today's poetry, please.

And is poetry advanced by printing the personal "I" in lower-case "i"?  No.  These clever-clever boys, the little boys of today, leave me unmoved.  There are decadent periods in the history of every nation.  England went through one in the 1890s.  Is it argued that she couldn't possibly be decadent now?

Take, as an example of the pseudo, the fact that John Williams, the classical guitarist, always wears, whatever the place and the occasion, a shabby and dirty-looking sweater.  Why?  To sow his intellectual superiority, of course.  Does it do this?  It does not.  It shows his childishness, his commonplace level.

Thank you for writing to me."

So, make of that what you will.  I was (still am) impressed that he took the time to write back with a full response