Available for freelance writing commissions on a variety of subjects including family history, nostalgic Belfast and its famous people, shops, shoppers & shopping, the golden age of Hollywood (esp westerns) and humorous pieces on life's weird and wonderful. Op-eds, columns, non-fiction book reviews too. Sometimes, I get mad as hell! 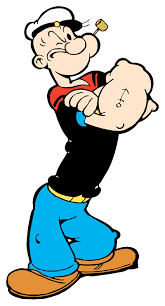 I chanced upon a ' news' item that made me blink rapidly and sigh deeply. The Director of the Scottish Maritime Museum has decided not to refer to ships as her or she, but to rename them as it. The Director, David Mann, has vowed to update all signage around the building with gender neutral terms. 'Like other maritime museums and institutions, we recognise the changes in society....', he says. The move has been made following vandalism of exhibits' information panels.

In this day and age, when the merest whiff of offence is in the air, someone makes an issue of just about anything and sets off a trail of like-minded offendees and, if you'll pardon me, regarding social media, 'thar she blows'.

And don't get me started on Moby Dick!