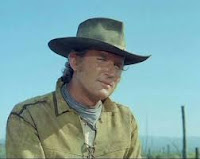 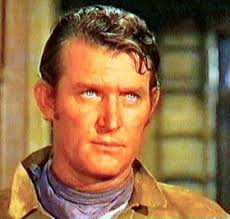 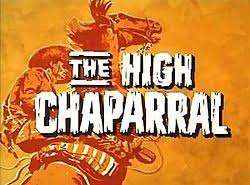 Coming up next week, great western supporting actor Don Collier will be 90. He was part of that cowboy world I lived in as a kid, especially in 60+ episodes of The High Chaparral in which he played foreman Sam Butler.

Pre-Chaparral, he starred in 50 episodes of Outlaws (1960-62) as Marshall Will Forman and guest-starred in various TV shows including Perry Mason, The Virginian, Branded, Death Valley Days, Bonanza, Wagon Train, The Waltons, and many more.

He was a jobbing actor but I liked his Sam Butler role best of all, and especially his deep drawl, not quite Sam Elliott but very distinctive and effective. 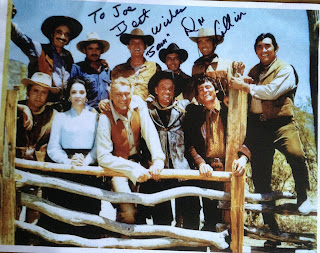 A few years ago, I sent him a fan letter and he replied with a signed photograph of the core Chaparral cast. "To Joe, best wishes, Don Collier" and as if he had to clarify, he noted that he was Sam!

He last appeared on screen 10 years ago but thanks to the CBS Action channel, The High Chaparral is oft-repeated, a great show with a wonderful ensemble cast.