Giving a shout out today to a singer new to me and, blimey, what a singer - Janet Henry.  Here's some background supplied by Colin Henry, followed by a link to the beautifully arranged and sung 'Scared': 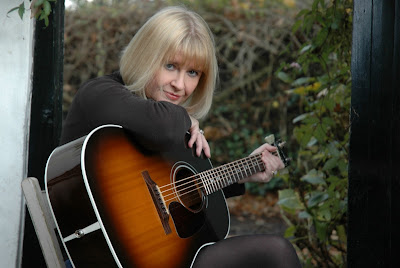 Born in Belfast and coming from a very musical family Janet is one of Northern Ireland’s finest female vocalists and songwriters.
She has performed with artists such as Nancy Griffiths(USA), Gary Ferguson (USA), Kathy Barwick (USA), Pete Seigfried (USA) and, closer to home, with Charlie McGettigan, Andy Irvine, Mick Hanly, and legendary Irish jazz and blues guitarist Dick Farrelly, to name just a few. She has recorded with many artists not least the great Duffy Power and Henry McCullough.
Her strong melodies and thought provoking lyrics encompass all genres and with a voice that has been described as’ true, soulful and simply beautiful’.
Janet was a founding member of the innovative band Birddog that successfully combined roots music with jazz.
Janet has toured a number of times with award winning American singer songwriter Gary Ferguson and her husband, dobro player Colin Henry. As a trio they have recorded their own material and were joined on the tracks by leading American bass player Mark Schatz and mandolinist Emory Lester.
Janet has recorded two albums of her own, THE ROAD TO THE WEST and WONDER WHY with a new cd underway.