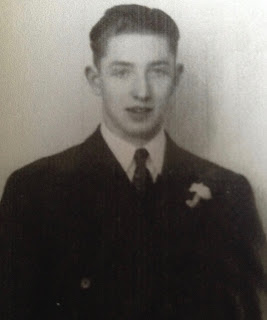 Over the past year or so, I have been researching and writing a memoir about my family, the core of the story concerning my father who left us in 1960. He never came back home to Belfast. He died at 57 in Clapham, London in 1982. Amongst other things, he left a mystery of 22 'missing' years.

There have been a number of drafts of the manuscript and the latest is well underway after I contacted a professional editor, recommended by someone I trust.

I have yet to fully commit to a firm contract with the editor but already she has provided me with a generous amount of notes and guidance based on some sample chapters I sent. This guidance and steer is proving invaluable in reshaping the narrative and in drawing my attention to dimensions that I had not considered.

She has suggested areas to dig into to strengthen the general background to the story - describing locations, people, living and working conditions in much more depth that I had planned. But it makes perfect sense to (although these are not her words to me) fully analyse the who, what, when, where and why as each of the story's characters takes centre stage.

The advice not to worry about trying to write the perfect book is sound. "Write down everything you want to say, everything you remember, even if you think it might be irrelevant. Don't worry about shaping the story too much or about going off on tangents. The revision and editing process will trim away the fat and suggest what's relevant."

There's much more in several pages of notes but it is helping enormously. And for now, it is free!

This advice coupled with comments from another independent source is worth its weight in gold. (I am waiting for a third independent response.)


If anyone reading this has knowledge of Clapham in the 1960s/1970s, who frequented the Rose & Crown pub (landlord Jim Nicholson), the Royal British Legion Club (Victoria Rise) or who knew John Kelly, aka John Cushnan who lived in Orlando Road, please get in touch via joecushnan@aol.com