A LETTER TO ME FROM HONOR BLACKMAN (WHO IS 92 TODAY) 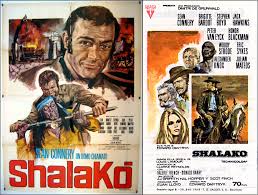 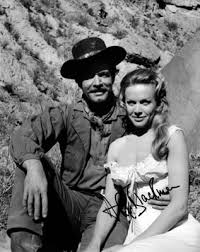 Honor Blackman, who is 92 today (22 August), responded to a research letter of mine when I was in the very early stages of gathering information on Stephen Boyd. They appeared in the 1968 western Shalako together, along with Sean Connery and Brigitte Bardot, and Eric Sykes!

I wrote to Miss Blackman in 1982. She was appearing in The Sound of Music at the Apollo Victoria Theatre in London. This is what she wrote:


“Oh, to put pen to paper on such a subject!  Stephen was easy to get on with – was going through a phase, which may have lasted, which involved a greeting of “Peace” as opposed to “Good morning” or “Hi”.  I think it was a manifestation of his non-acceptance of the violent state of the world and his intention to try in a minute personal way to change it by allowing no tension or hassle around him.  One had the impression that he had not found anyone worth caring deeply about, or perhaps had, and had lost the person.  We did not get to know each other off the set really.” 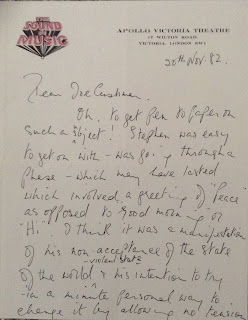 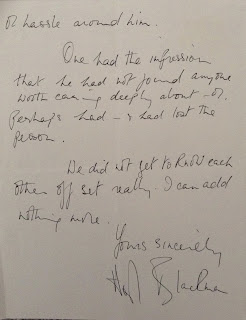